Unequal Lives: The State of Black Women and Families in the Rural South

This report aims to shed light on the most significant and persistent barriers to success, opportunity, and economic security for lower-income women and families in the rural South. It also provides an in-depth analysis of the economic security, health, and overall wellbeing of women living in nine counties across the rural South in the states of Alabama, Georgia and Mississippi. Using the most recent data available from the U.S. Census Bureau American Community Survey, various city and regional agencies, and other relevant sources, the report focuses on six main issue areas that shape the lives of women and families, including poverty, income and employment; education and health; and public infrastructure and housing. The report focuses on nine counties in three states that are persistently poor as defined by the United States Department of Agriculture (USDA). These are counties where 20 percent or more of the population have lived in poverty for five consecutive census years. 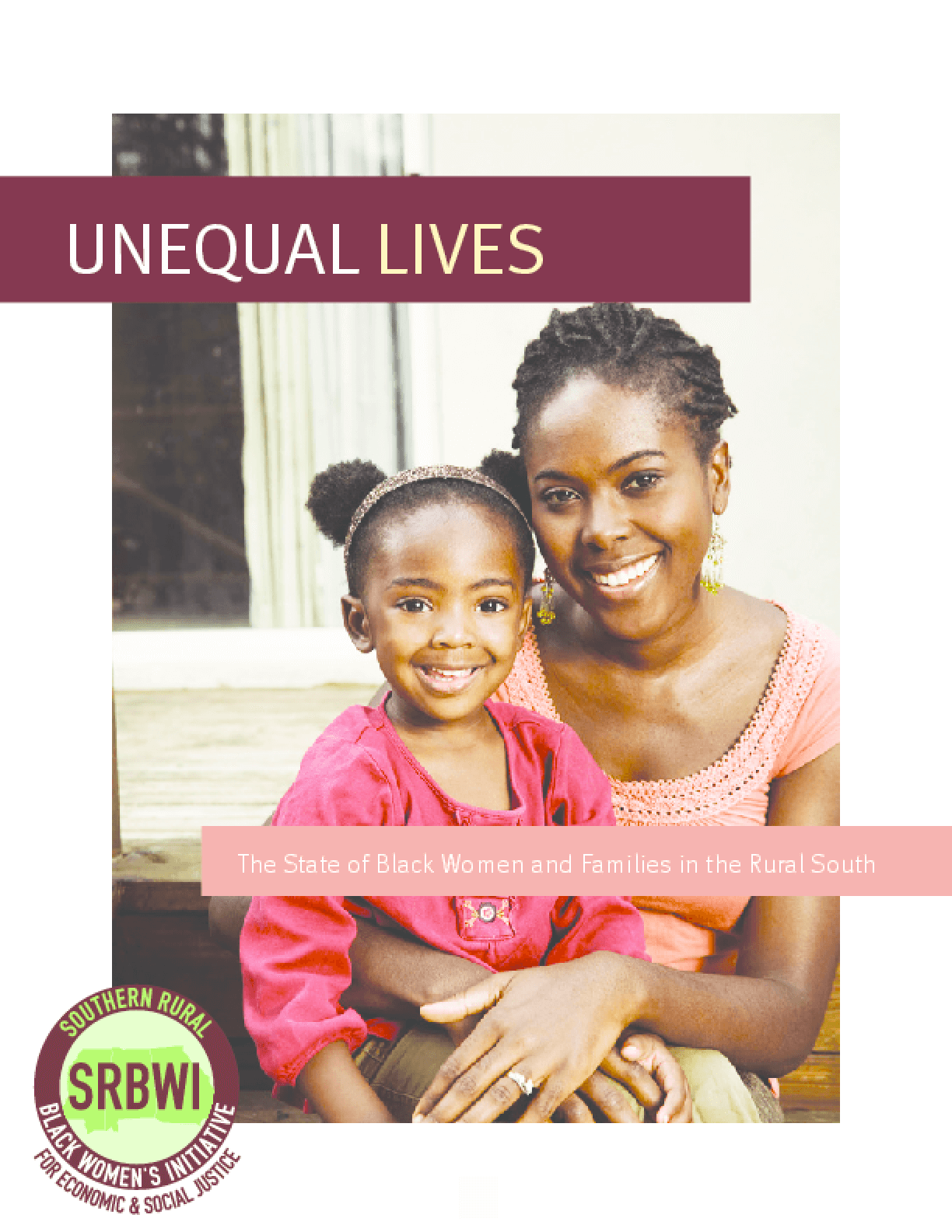