Asian Pacific American (APA) workers are, with Latinos, the fastest growing group in the U.S. workforce and in organized labor. Since the late 1980s, APA workers have seen their representation in the ranks of U.S. unions almost double, from about 2.5 percent of all union workers in 1989 to about 4.6 percent in 2008. This report uses national data from the Current Population Survey (CPS) to show that unionization raises the wages of the typical APA worker by 9 percent compared to their non-union peers. The study goes on to show that unionization also increases the likelihood that an APA worker will have health insurance and a pension. 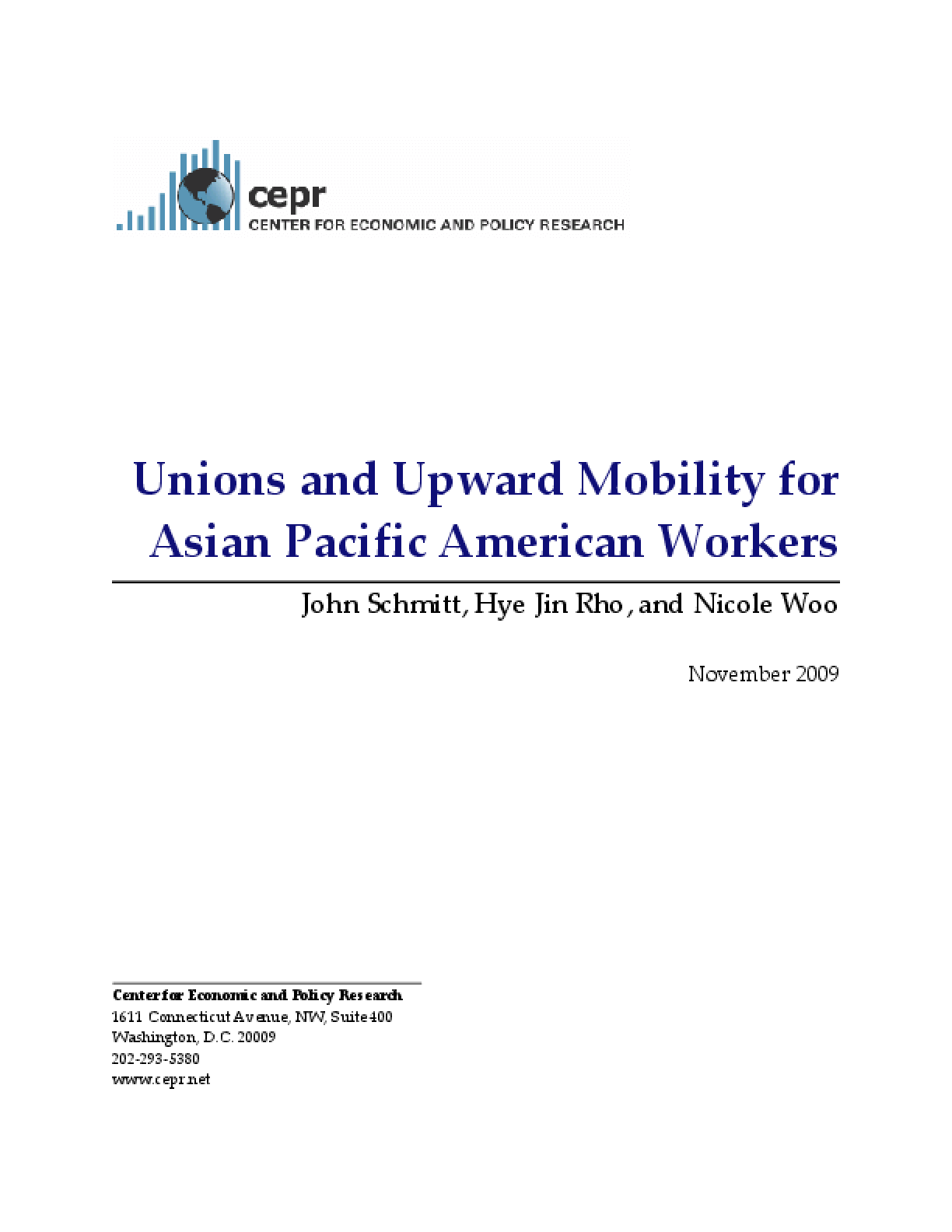