Political shifts in Southeast Europe over the past thirty years were followed by dramatic improvements in the media sectors of several countries, including Albania, Bosnia and Herzegovina, Croatia, Kosovo, Montenegro, North Macedonia, Serbia, and Slovenia. Yet, over the past decade, progress has stalled. Independent media in countries across Southeast Europe are under attack and must contend with declining revenue models, rampant disinformation, deepening encroachment of political and economic interests, and sustained harassment.

With challenges come opportunities. Southeast Europe's strong tradition of regional cooperation for media reform can be leveraged to address the renewed threats independent media face. Countries in the region have shared cultural and trade ties, common media markets, and face similar threats to a free and independent press. They also benefit from numerous existing regional coalitions and networks that have worked for decades to develop shared norms and standards and promote cross-border knowledge sharing and solidarity.

– Regional coalitions are important drivers of national reform efforts. They need to be equipped to take advantage of new windows of opportunity and tap into the power and influence of the numerous multilateral organizations that serve the region.

– The support of international donors and multilateral institutions is critical to advancing media reform agendas in Southeast Europe. However, more needs to be done to broaden and deepen support, and to tap into the collective capacities and assets of local media organizations and regional media coalitions. 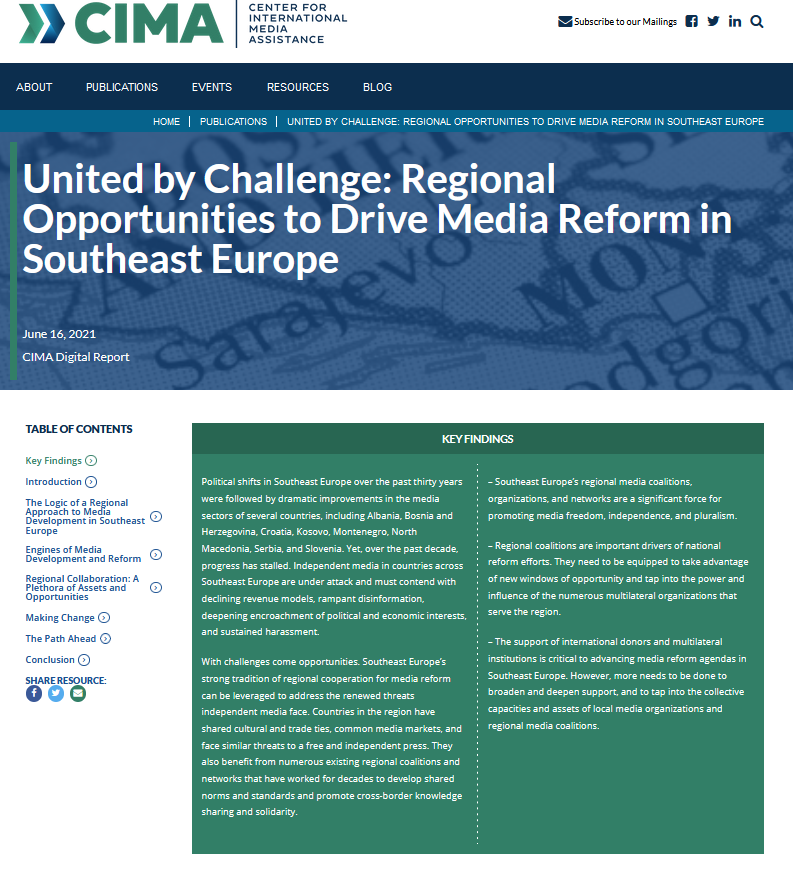