The past decade has witnessed profound social, political and economic change in Indonesia, a country that has transformed from an authoritarian regime into one of Asia's most vibrant and decentralized democracies. This transformation is especially remarkable given Indonesia's high vulnerability to natural disasters, its geographic fragmentation and its large and ethnically diverse population. In a decade, Indonesia achieved relative political and macroeconomic stability, made important progress towards its MDG targets, graduated to a Middle Income Country status and was welcomed to the fold of the G20. However, significant challenges still remain. Regional economic and social disparities persist, poverty rates are high and malnutrition pervasive in remote provinces. Maternal health indicators are alarming and far behind all other targets. This situation is exacerbated by low development management capacity at the sub-national level. Rapid urbanisation will increase demand for health services, education, livelihoods and security. Indonesia's commitment to reducing greenhouse emissions will require reforms in the economic and social sectors. Addressing these challenges while consolidating democracy, furthering decentralisation and building resilience will be key to advancing human development in Indonesia and avoiding poverty and marginalization. The overall goal of the Government of Indonesia is 'Development for All'. The Medium Term Development Plan (RPJMN) 2010-2014 is an inclusive development strategy based on equity, justice and diversity. It emphasizes the development of regional capacities within an integrated national economy. The plan identifies 11 national priority programmes, which fully mainstream Sustainable Development, Good Governance and Gender perspectives. Although the net flow of funds to Indonesia from overseas development partnerships averages to only five percent of the national annual budget, the amount in absolute terms remains significant, and government is committed to making the best use of these funds with a view to maximizing their added value in support of national priorities. With this objective in mind, the government of Indonesia has redefined its relationship with its bilateral and multilateral partners through the Jakarta Commitment. The recently signed Jakarta Commitment calls for stronger national ownership, equal partnerships, and a strategic and catalytic role in support of national priorities for Indonesia's overseas development partners. 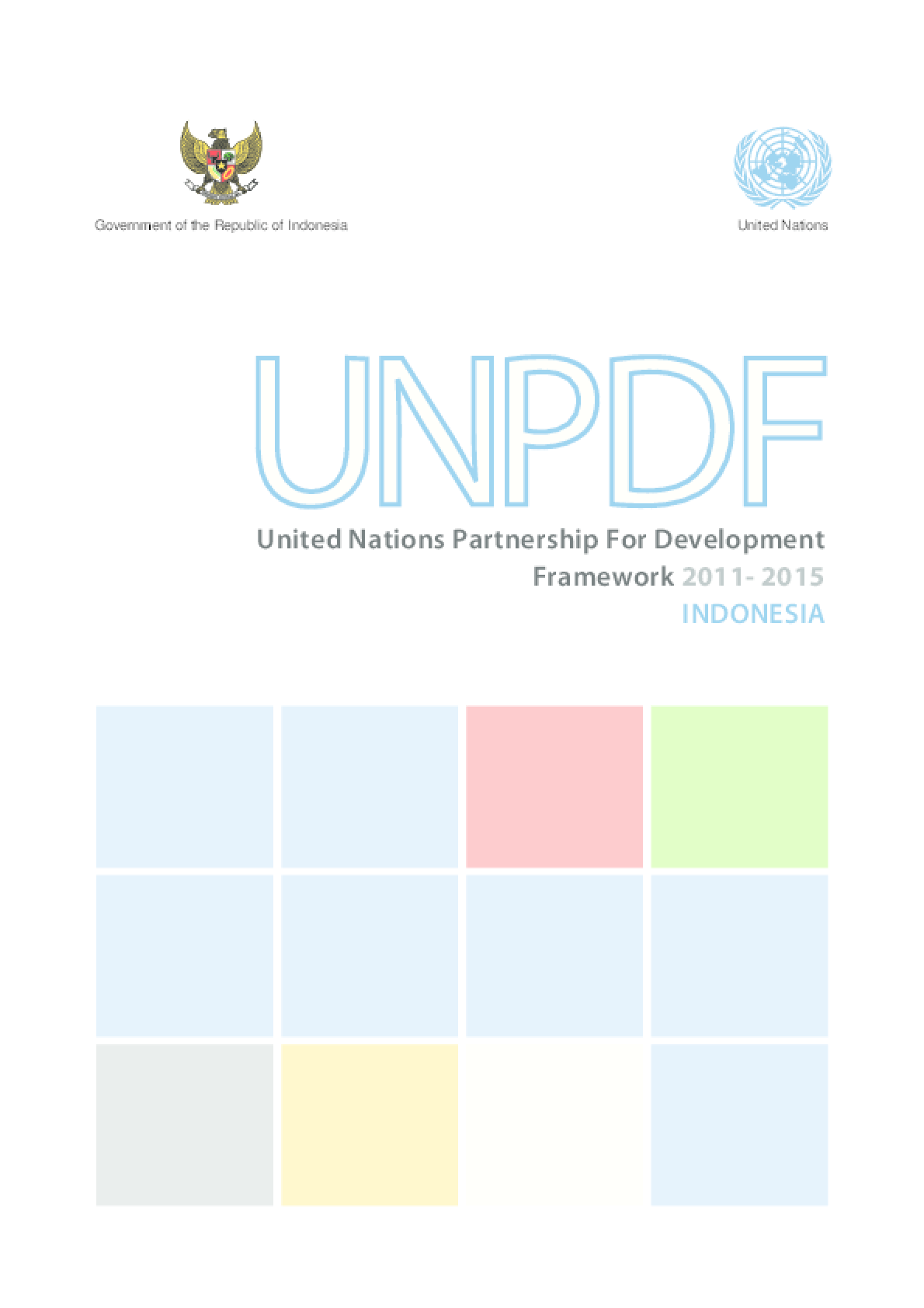