Amnesty International has received disturbing allegations of the ill-treatment of suspects, deaths in custody and unjustified shootings by officers from the New York City Police Department (NYPD) in the past few years. Although reports of police brutality are not new, the number of people bringing claims for police misconduct against the City of New York has increased substantially in recent years, from 977 in 1987 to more than 2,000 in 1994. The amount paid out by the city each year in settlements or judgments awarded to plaintiffs in police abuse cases has also risen, from$13.5 million in 1992 to more than $24m in 1994.

This report describes the results of research conducted by the organization over an 18-month period which included two fact-finding visits to New York. Amnesty International acknowledges that a number of reforms have taken place within the NYPD during the past three years, partly in response to a commission of inquiry into police corruption which was appointed in 1992. However, there remains a problem of police brutality and excessive force which the organization believes still needs to be urgently addressed. 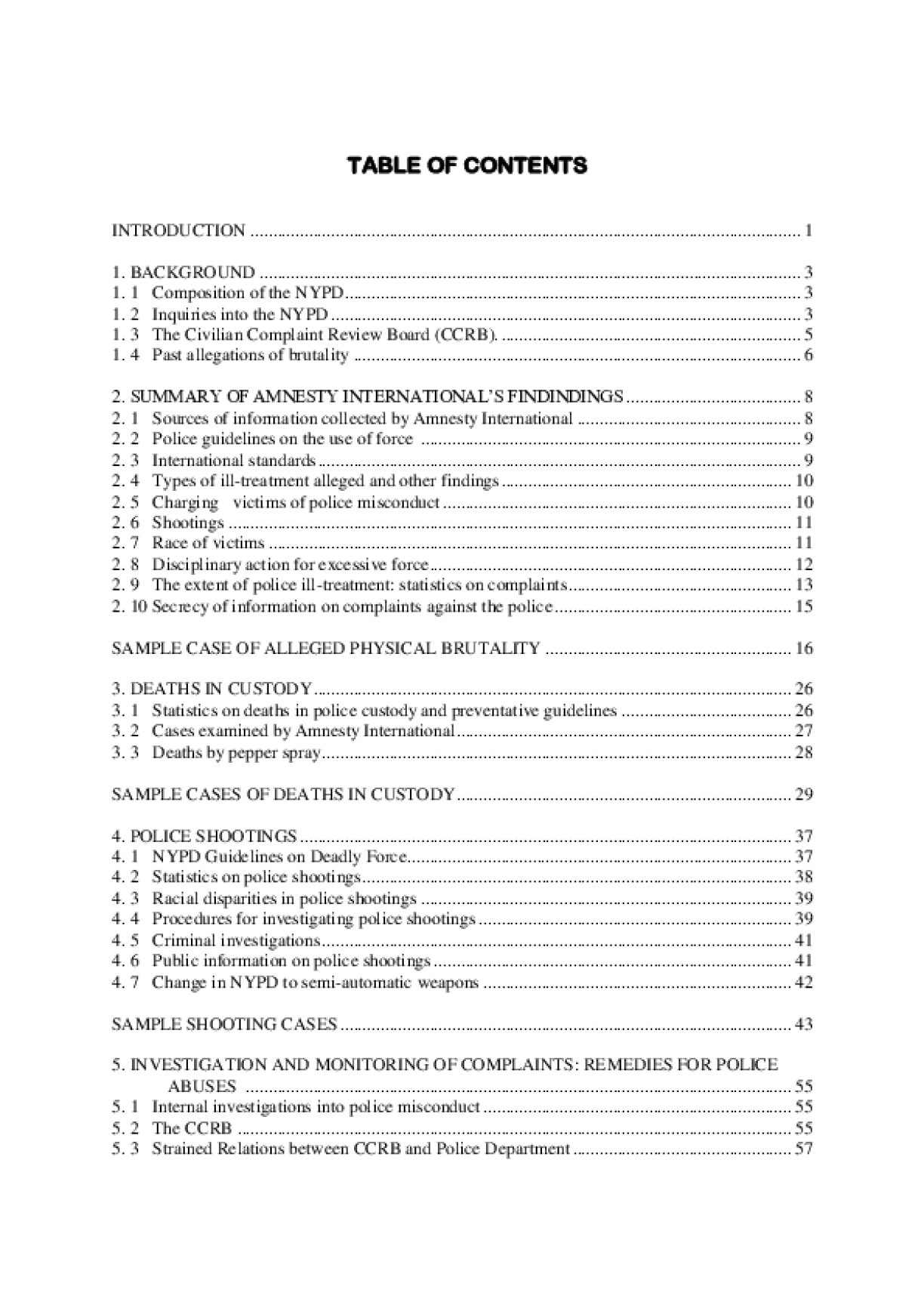