More than a month after Superstorm Sandy, many New Yorkers continue to struggle with the devastation of their homes, neighborhoods and livelihoods. One group that has faced particular challenges, but has received little attention are the region's thousands of immigrants. Some of the areas hardest hit by Sandy--such as Staten Island and Long Island--are home to large populations of recent immigrants. For this report, we conducted surveys of 416 residents of selected localities in Long Island and Staten Island. We also conducted in-depth interviews to gather more detailed testimonies from certain survey respondents. We selected geographical areas in Staten Island and Long Island that were greatly affected by Sandy and had large numbers of immigrants. We conducted door-to-door outreach, as well as outreach at Make the Road New York disaster aid clinics, relief sites (both governmental and charity), food pantries, Laundromats, and local businesses. In order to reach impacted individuals, we conducted outreach at a variety of sites because many who had been displaced from their homes could not be reached through a door-to-door canvas. Surveys were conducted at different times of the day and on different days of the week. We interviewed people who self identified as immigrants. The survey was confidential and voluntary. The survey instrument is included in Appendix A of this report. 70% of respondents are Long Island residents. 30% are Staten Island residents. 61% of respondents rent their homes. 36% of respondents identify as having limited pro?ciency in English. 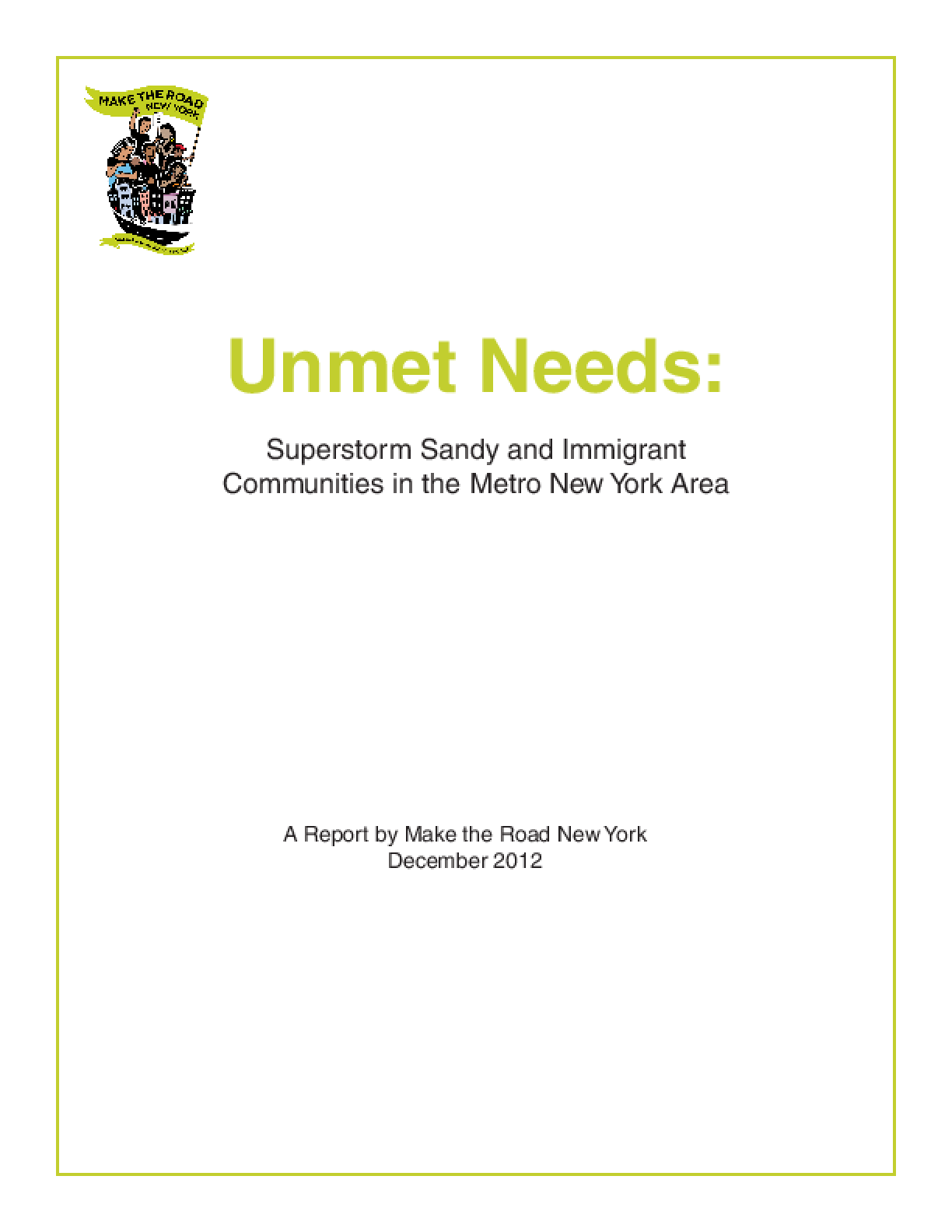