Unwanted, Unproductive and Unbalanced: Six Arguments Against an Investment Agreement at the WTO

This paper is a response from leading UK development organisations to some specific arguments put forward in support of a multilateral investment agreement (MIA) at the WTO. Rather than reiterate all the arguments against such an agreement, it challenges some particular claims put forward by proponents of an MIA. The paper demonstrates that - despite the EU's attempt to repackage it as an 'Investment for Development Framework' (IDF) - such an agreement would be against the interests of developing country members of the WTO. 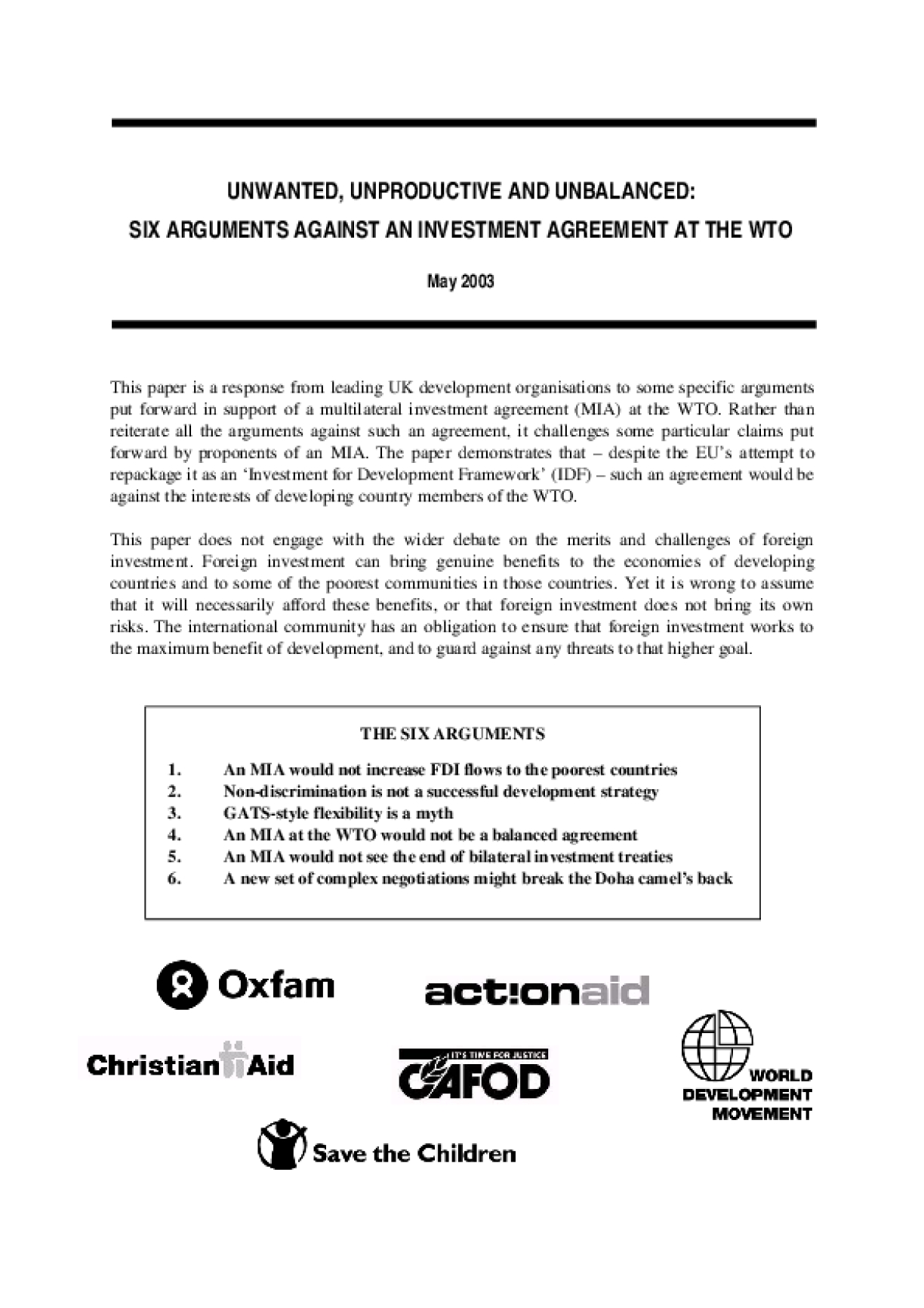