Update on Funding for Higher and Graduate Educational Institutions

This Update on Funding for Higher and Graduate Educational Institutions offers a brief examination of the growth and distribution of foundation support for these institutions from the late 1990s through the early years of the new millennium. Between 1997 and 2002 the nation's grantmaking foundations provided an estimated $7.27 billion to colleges, community colleges, universities, professional schools, and graduate schools in 2002. This represented a 73 percent ($3.1 billion) rise--54 percent after inflation--over the $4.2 billion they awarded to these institutions in 1997. Despite this strong growth, the gain in support for higher and graduate educational institutions fell behind the 89.5 percent jump in overall foundation giving during this period. 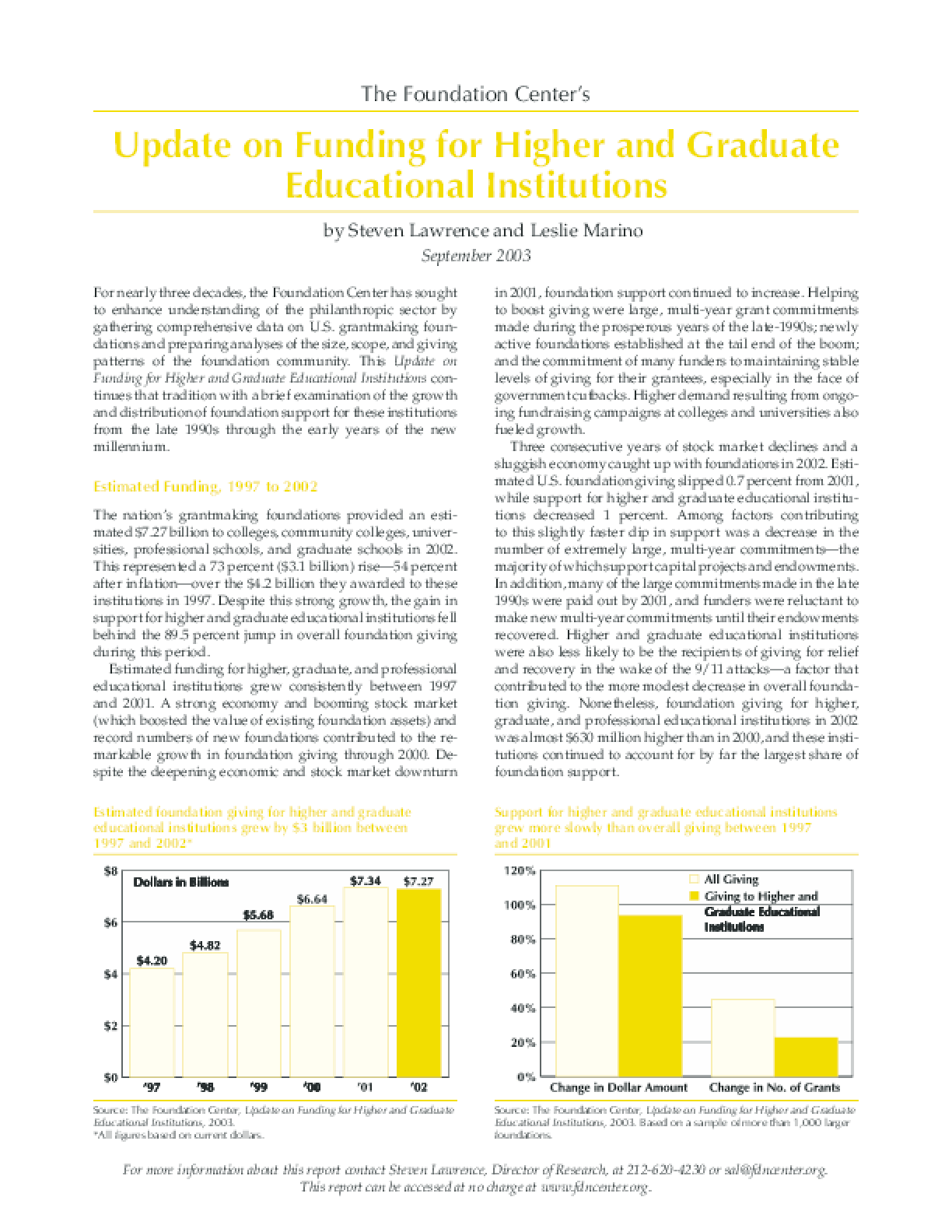