Upholding the Promise: Supporting Veterans and Military Personnel in the Next Four Years

After more than a decade of war, several years of constrained national budgets and a changing veteran population, the second Obama administration must confront how best to uphold its promises to the nation's men and women who serve or have served in uniform. In this report, CNAS Non-Resident Senior Fellow Phillip Carter urges the Obama Administration to develop an inclusive, strategic policy approach that serves veterans and military personnel as well as they have served the nation. He calls upon the administration to tackle urgent issues such as military and veteran suicide, while working over the long term to prevent the civilian "sea of goodwill" toward veterans from turning into an ocean of apathy as current wars wind down, and public attention turns away from the men and women who have fought those wars. 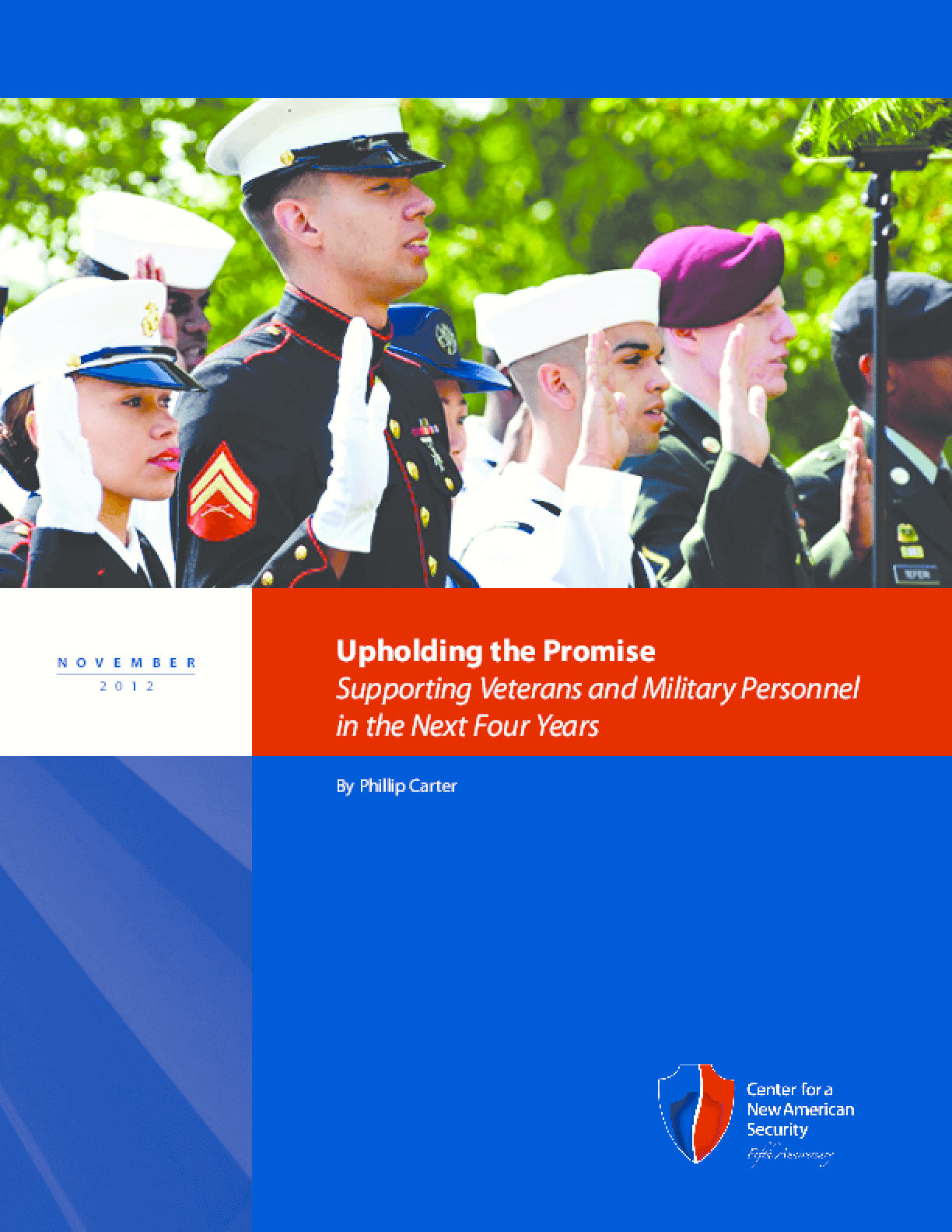