This article explores the sociocultural meanings attached to sexual behaviors and conceptions of masculinity among low-income African-American males. The author argues that HIV/AIDS prevention programs should incorporate strategies to help this population achieve a more healthy gender identity. 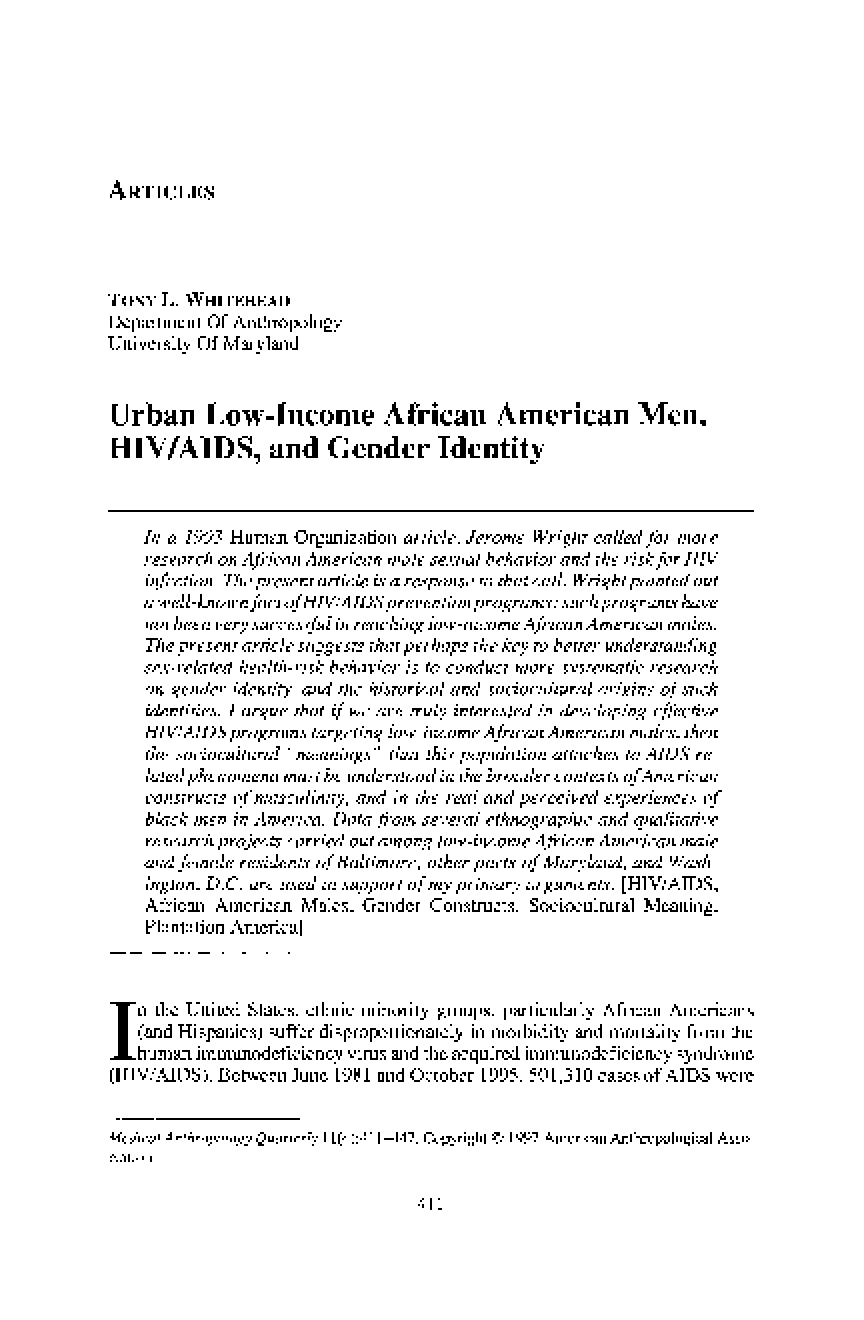