Urban Sprawl and the Finances of State and Local Governments

Concern over the rate of spatial growth of urban areas has become a significant national political issue and a major development issue in many urban areas. An often cited statistic, typically presented as evidence of sprawl, is that between 1960 and 1990 the urban population in the United States increased by 50 percent while the amount of developed land more than doubled (Benefield et al., 1999). While much has been written about the causes and consequences of sprawl, little attention has been paid to the implications of sprawl for the finances of state and local government. There are at least two possible channels for sprawl to affect the finances of state and local governments. First, if the causes of sprawl include market failures or government policies, there may be a role for governmental corrective action. Second, sprawl may affect the costs of and revenue sources for the public provision of goods and services. This paper considers the potential effects that sprawl might have on the finances of state and local governments and the possible policies that might be adopted to address the causes and consequences of sprawl. 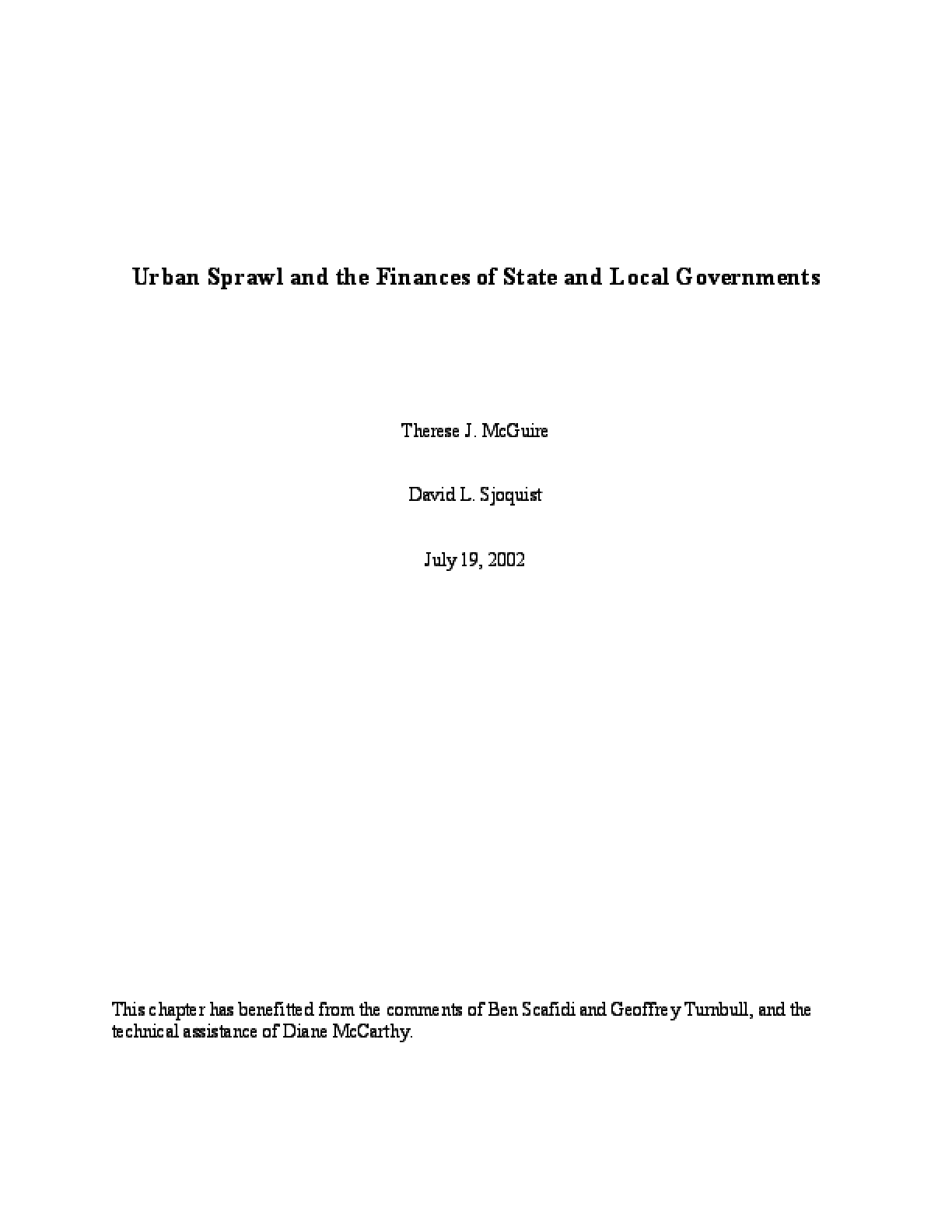