Urbanisation and Political Development of the World System

Section 1 of this article presents a mathematical analysis of the long term global urbanization dynamics and demonstrates that it could be described as a series of phase transitions between attraction basins. This makes it possible to suggest new approaches to the analysis of global social macroevolution. Section 2 presents a three stage model of the macroevolution of the World System statehood (early – developed – mature state) that, we believe, describes the main features of political macro-evolution better than the two stage model proposed by Claessen and Skalník (early – mature state). This model has been used as a basis for the analysis of changes in the development of political structures from the pre-state polities and the most primitive early states (and their analogues) till the modern supercomplex states. In this section we also analyze the relationship between the growth of the territory controlled by the World System states and the growth of the statehood complexity. Finally, Section 3 attempts at the detection of the correlation between the global evolution of political structures and global urbanization processes. This study confirms the presence of asystem of attraction basins and phase transitions within the World System macroevolutionary developmentfield, as well as the presence of mathematically interpretable correlations and interrelations between the analyzed global processes – political, urbanizing, demographic, technological, and sociostructural. 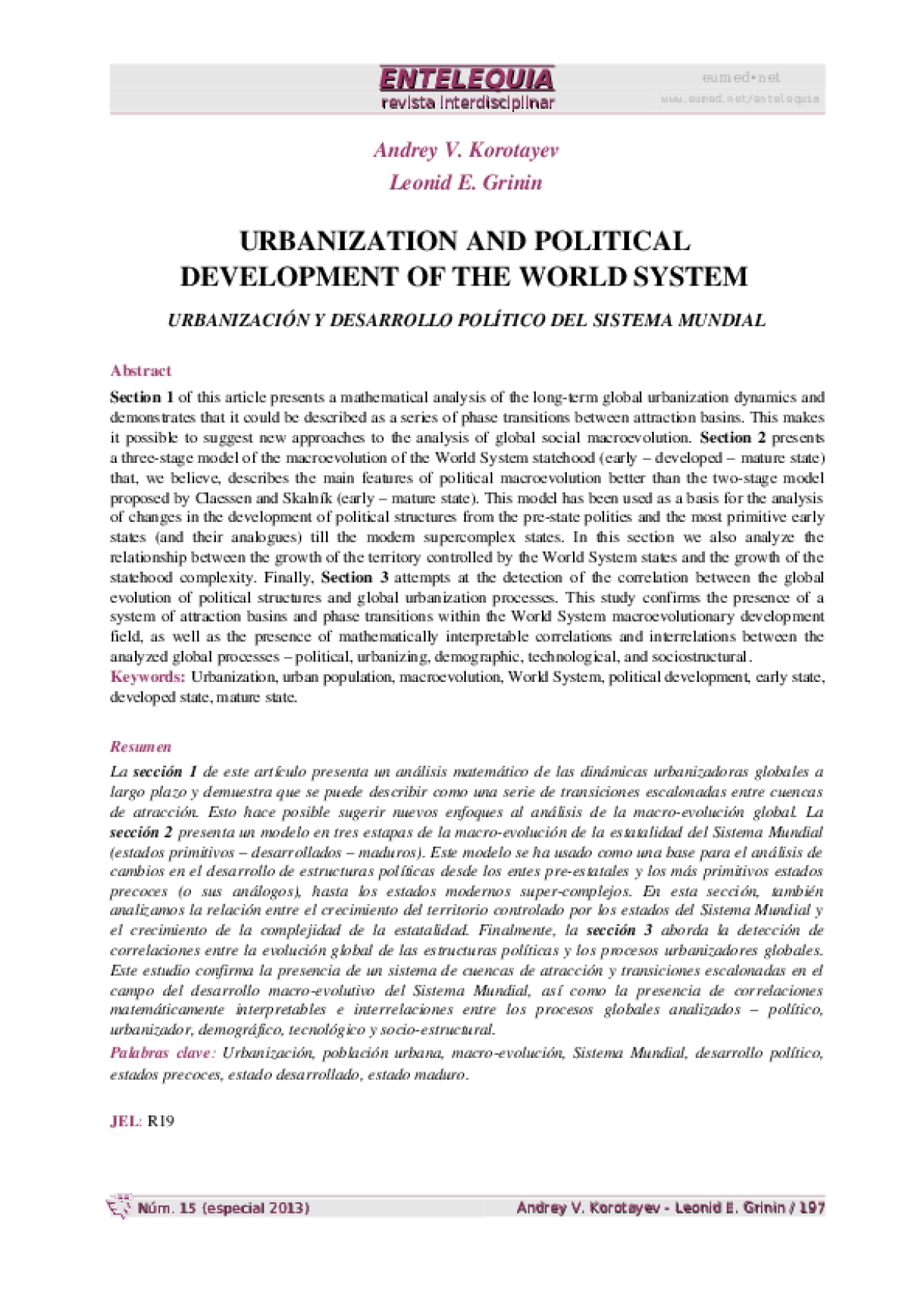