U.S. Health Care from a Global Perspective: Spending, Use of Services, Prices, and Health in 13 Countries

This analysis draws upon data from the Organization for Economic Cooperation and Development and other cross-national analyses to compare health care spending, supply, utilization, prices, and health outcomes across 13 high-income countries: Australia, Canada, Denmark, France, Germany, Japan, Netherlands, New Zealand, Norway, Sweden, Switzerland, the United Kingdom, and the United States. These data predate the major insurance provisions of the Affordable Care Act. In 2013, the U.S. spent far more on health care than these other countries. Higher spending appeared to be largely driven by greater use of medical technology and higher health care prices, rather than more frequent doctor visits or hospital admissions. In contrast, U.S. spending on social services made up a relatively small share of the economy relative to other countries. Despite spending more on health care, Americans had poor health outcomes, including shorter life expectancy and greater prevalence of chronic conditions. 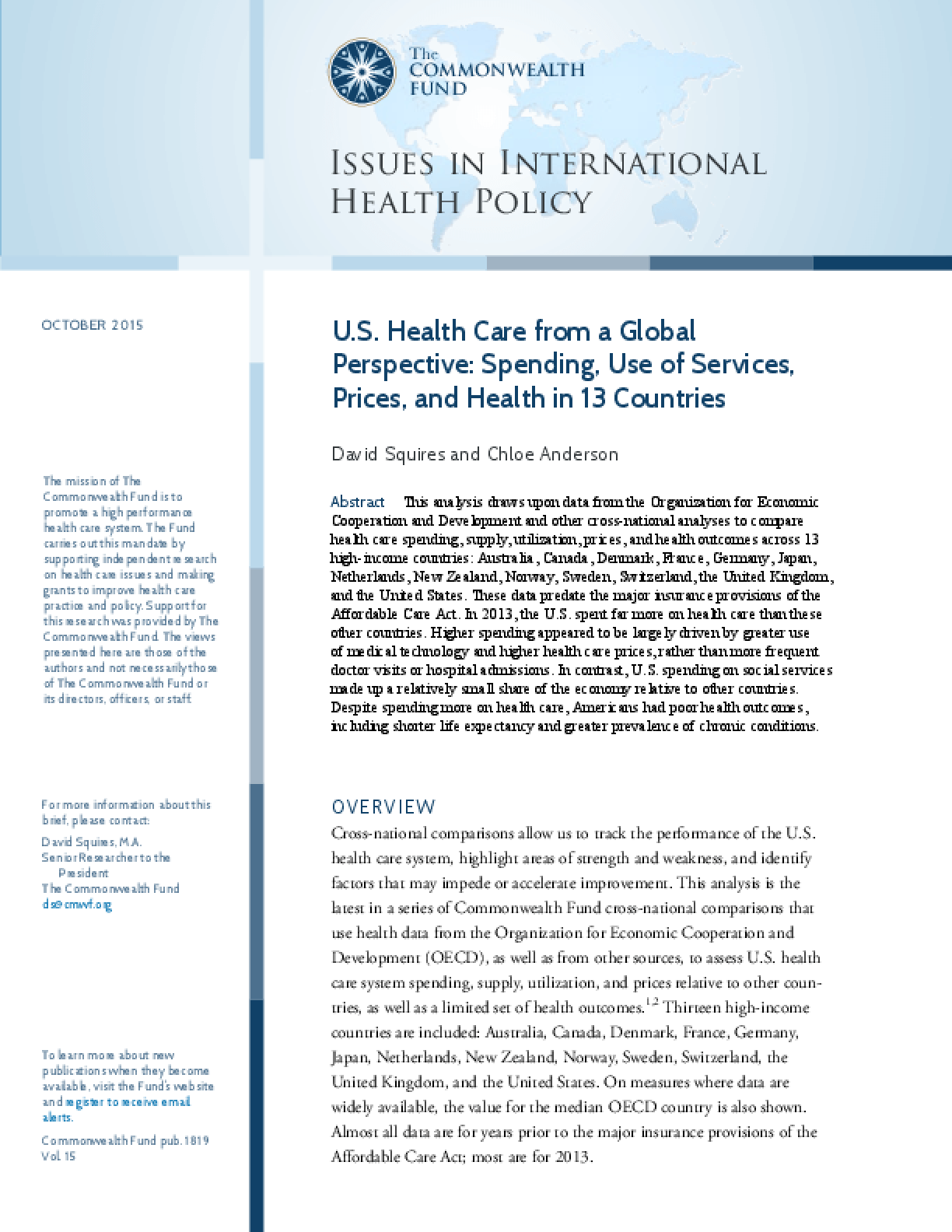