Police brutality and use of excessive force has been one of the central themes of Amnesty International's campaign on human rights violations in the USA, launched in October 1998. In United States of America: Rights for All (AI Index: AMR 51/35/98), the organization documented patterns of ill-treatment across the USA, including police beatings, unjustified shootings and the use of dangerous restraint techniques to subdue suspects. While only a minority of the many thousands of law enforcement officers in the USA engage in deliberate and wanton brutality, Amnesty International found that too little was being done to monitor or check persistent abusers, or to ensure that police tactics in certain common situations minimized the risk of unnecessary force and injury. The report also noted that widespread,systematic abuses had been found in some jurisdictions or police precincts. It highlighted evidence that racial and ethnic minorities were disproportionately the victims of police misconduct, including false arrest and harassment as well as verbal and physical abuse.

This document describes proposals for change made at federal and local level and other developments which have taken place since publication of Rights for All. It also summarizes Amnesty International's continuing concerns about police brutality in the USA, highlighting specific areas and reiterating its key recommendations. 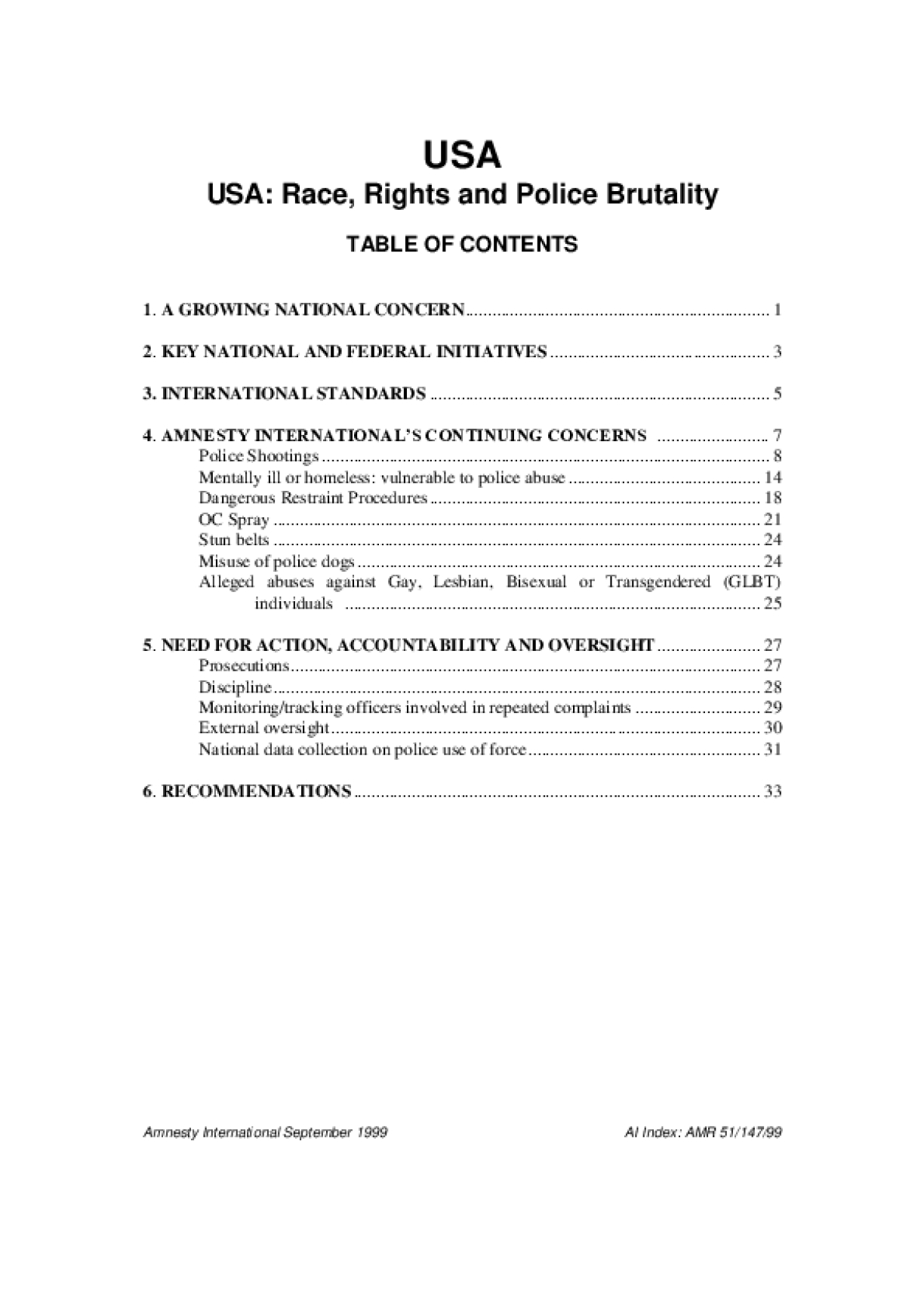