Bleaching and disease are decimating coral reefs especially when warming promotes bleaching pathogens, such as Vibrio coralliilyticus. We demonstrate that sterilized washes from three common corals suppress V. coralliilyticus but that this defense is compromised when assays are run at higher temperatures. For a coral within the ecologically critical genus Acropora, inhibition was 75 to 154% greater among colonies from coral-dominated marine protected areas versus adjacent fished areas that were macroalgae-dominated. Acropora microbiomes were more variable within fished areas, suggesting that reef degradation may also perturb coral microbial communities. Defenses of a robust poritid coral and a weedy pocilloporid coral were not affected by reef degradation, and microbiomes were unaltered for these species. For some ecologically critical, but bleaching-susceptible, corals such as Acropora, local management to improve reef state may bolster coral resistance to global change, such as bacteria-induced coral bleaching during warming events. 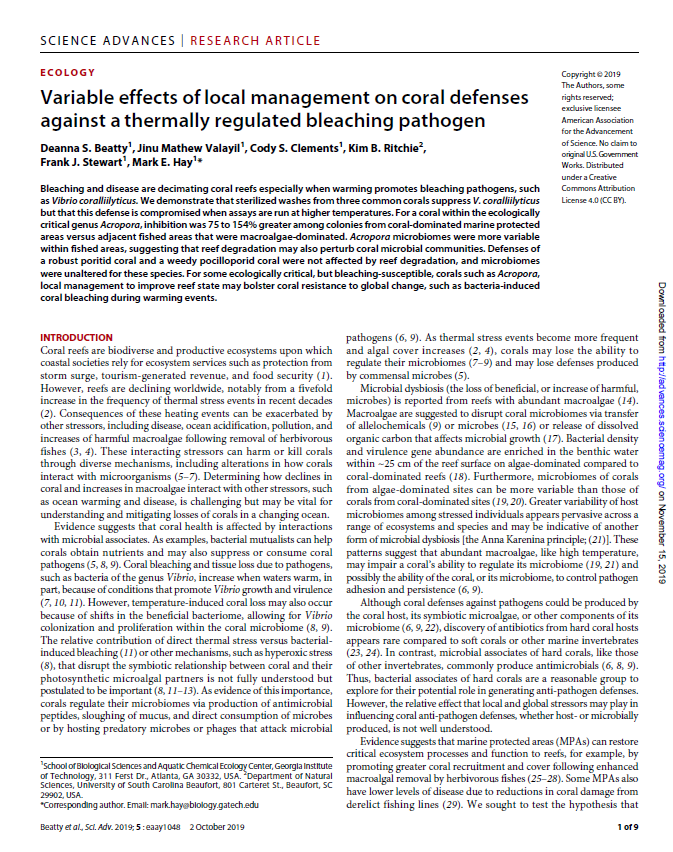