This report summarizes a four-year evaluation of mental health services provided by the Veterans Administration (VA) for veterans with schizophrenia, bipolar disorder, posttraumatic stress disorder, major depression, and substance use disorders. The population of veterans with the diagnoses included in the study comprises a large and growing number of veterans with severe and complex general medical and mental disorders and accounts for a disproportionately large proportion of utilization and costs for the VA. Study veterans represented 15.4 percent of all veterans who used VA services in 2007 but accounted for 32.9 percent of the costs due to higher utilization of inpatient and outpatient services. Across the country, VA facilities report substantial capacity for treating seriously mentally ill veterans. Although capacity has increased since the implementation of the Mental Health Strategic Plan in 2005, important gaps remain. The proportion of veterans receiving recommended care varies widely, and there is variation in many of the performance indicators assessed with regard to specific populations, services, and locations. In most instances, VA care performance is as good as or better than that reported by other groups or shown by direct comparisons with other systems of care, but the level often does not meet implicit VA expectations. Most performance indicators did not show substantial improvement from FY 2004 through FY 2007, but recent structural enhancements and increased availability of services may yield improvements in the future, and the number of veterans in the study cohorts who were served during the study period increased annually. Veterans' perceptions of VA services were favorable, although they did not perceive significant improvement in their conditions. Opportunities for further investigation are identified, along with specific problem areas and strategies for improving performance and methods to enhance capacity for quality monitoring and improvement. 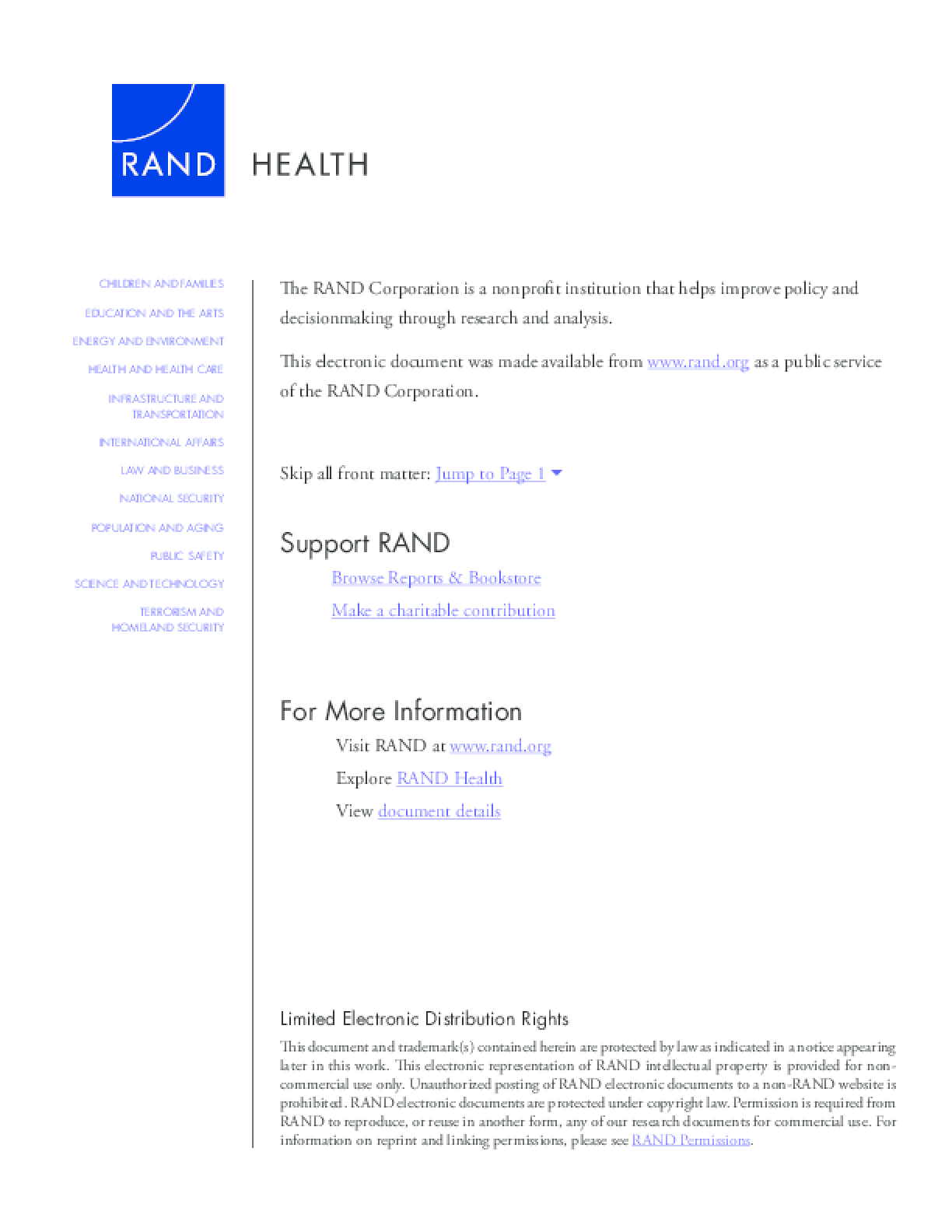