Victor Heiser was in charge of Rockefeller programs in Asia and the Pacific (which his contemporaries called the "Pacific region") as Director for the East of the International Health Board (IHB) of the Rockefeller Foundation from 1915 to 1934. The IHB provided a substantial portion (30-40 percent) of the funding for international health projects of the League of Nations Health Organization (LNHO, 1921-46), and also conducted its own programs in various parts of the world. In recent years, scholars have begun to see the League as an important harbinger of global norms in the following era of the United Nations, and the role of the LNHO is in particularly well acknowledged. Heiser oversaw a large part of the LNHO's international health work in Asia and the Pacific. Compared to other Rockefeller IHB officers who worked in Asia, such as John B. Grant, Roger Greene, and Selskar Gunn, however, Heiser's work as Director for the East, especially in the relations between the IHB and the League, has been relatively unknown. What kind of man was he, and what principles or philosophies for international health did he have? What role did he play in defining the nature of the IHB's involvement in the LNHO work in Asia and the Pacific? 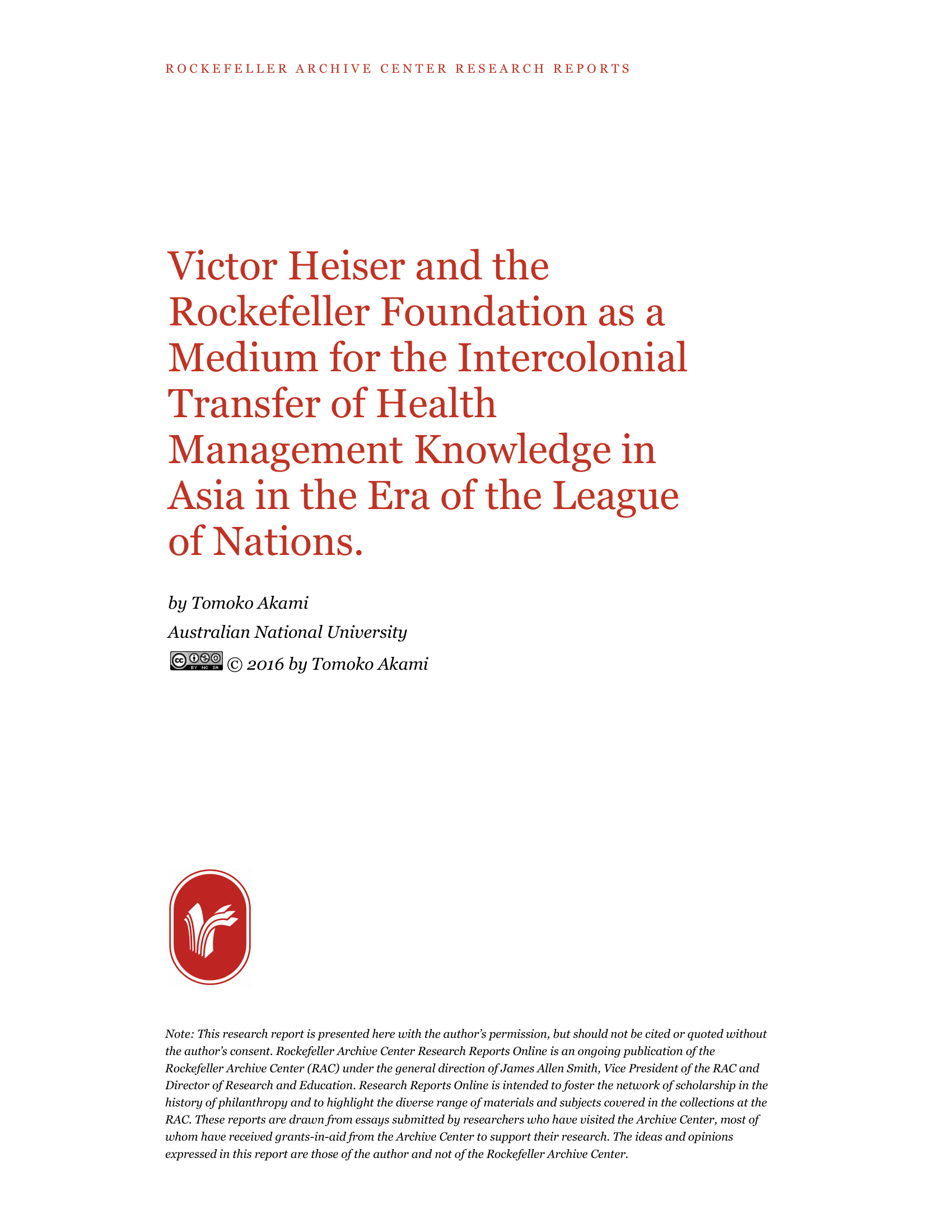