The 1990s have seen a significant decline in the occurrence of violent crimes nationwide, especially in major metropolitan areas. Yet, the number of person-on-person crimes in which youth appear as either offenders or victims remains persistently high in Philadelphia. The homicide rate among young Philadelphians is five times higher than that for the U.S. population. Public, private and nonprofit organizations in Philadelphia are working together to set in motion a unique and promising partnership aimed at significantly reducing youth violence: Philadelphia's Youth Violence Reduction Project (YVRP). This report summarizes the acute need for public and private violence reduction partnerships, describes outstanding current efforts by city agencies and youth-serving organizations to help curb youth violence in Philadelphia and outlines the evolution of the YVRP project, its pilot program in the 24th Police District, and the larger potential it has for Philadelphia. 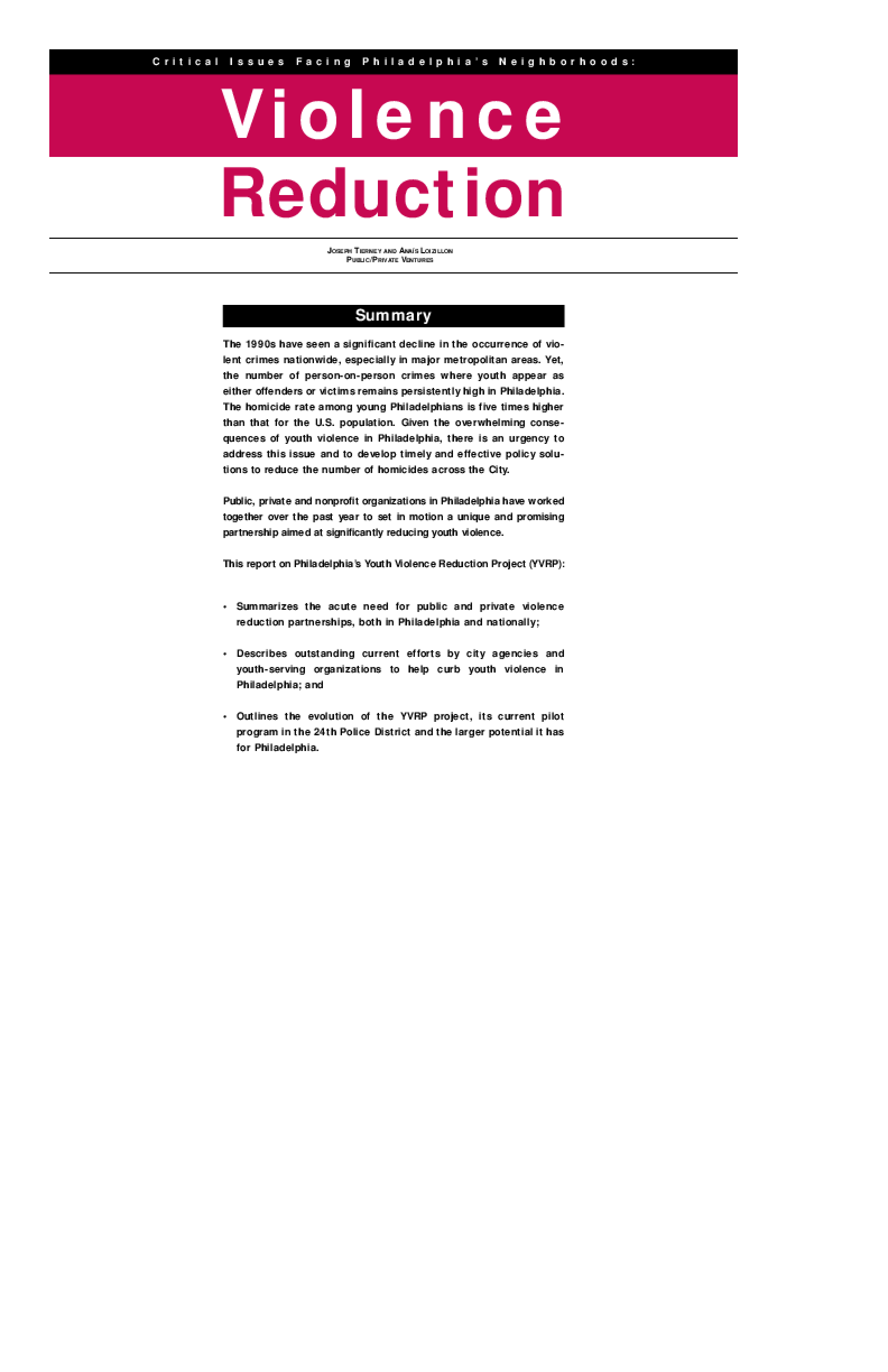