This report is part of a series of 21 state and regional studies examining the rollout of the ACA. The national network -- with 36 states and 61 researchers -- is led by the Rockefeller Institute of Government, the public policy research arm of the State University of New York, the Brookings Institution, and the Fels Institute of Government at the University of Pennsylvania. By and large, Virginia opponents of the Affordable Care Act have been able to thwart full implementation at the state level. This can be seen in Virginia's decision to default to a federally facilitated marketplace and refusal to close the coverage gap. Having control of the executive branch and legislature until 2014 allowed lawmakers to minimize the impacts of the ACA, implementing only what was legally required of them and ignoring calls from advocates for low-income people who called for fuller implementation. There remains the possibility for significant changes, including the structure and functioning of the marketplace as well as closing the coverage gap that would alter the state and national policy landscape. There remains serious debate about if and how Virginia will close the coverage gap. If Virginia moved forward, nearly 400,000 Virginians could get access to quality, affordable health care. Moreover, some advocates have asserted that Virginia could be the linchpin in opening up the South to Medicaid expansion. 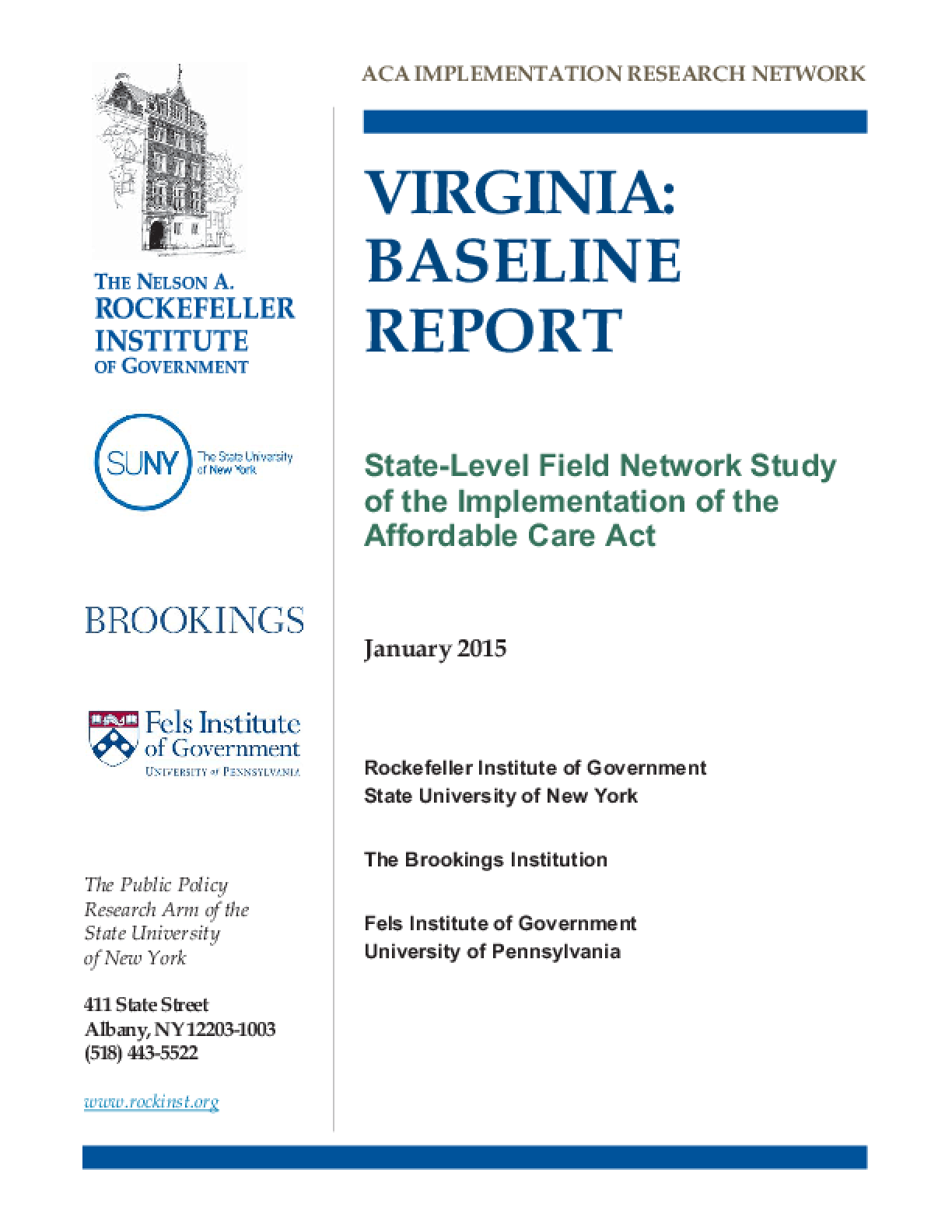