This is the third paper of the Entrepeneurial Social Finance in Asia series, and it addresses the Giving Circles, its importance and their context in Asia. " The theme of entrepreneurial philanthropy focused largely on the practices of venture philanthropy and impact investing organisations -- institutionalised funds that offer a blend of finance and advisory services to social entrepreneurs in support of their ambitions to strengthen their organisations and grow social impact. We were intrigued by a variant of venture philanthropy whereby individuals pooled their resources and together selected a small number of non-profit organisations to support with grants and advice. Our earlier study profiled several such giving circles in India, Hong Kong and Tokyo but we felt that such an innovation in collective philanthropy will grow in scale and importance in the coming decade to become a key part of the philanthropy landscape in Asia and thus warranted further study. In the next chapter we will look at how research evidence from North America supports a dual objective for the giving circle methodology -- to provide resources for non-profits; and to educate and motivate donors. Giving circles can provide a learning experience for people who want to better understand philanthropy, such as how to create social value by donating their money and skills in a socialised context. When philanthropy is described as a journey that individuals embark upon throughout life, it is not simply about giving more money over time. Giving should be made more intelligently and strategically; it can involve leveraging non-financial resources; and it understands and measures the impact created. Collaborating with others on the philanthropy journey holds the potential to make giving a more impactful and personally fulfilling experience. Giving circles make it easier for individuals to enter into larger scale and more sophisticated philanthropy and share the risks and rewards with others." 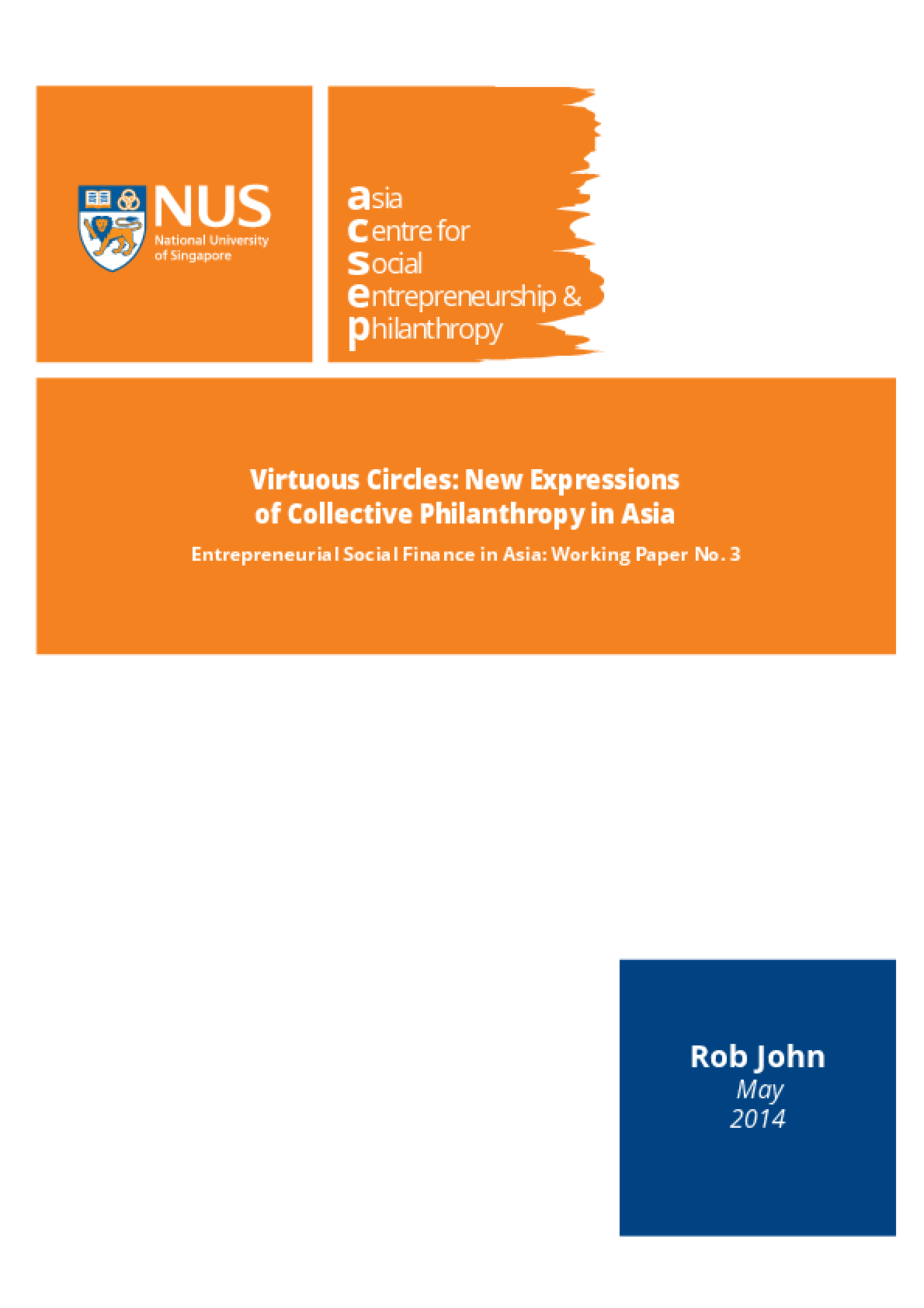