Voice: Voting and Political Expression in the Gulf

Democracy depends on the ability of all people to participate in the public dialogue. Without the ability to express viewpoints and have them represented in government, individuals cannot exercise political power to help shape their community and country. Many displaced residents of the Gulf Coast region are finding it difficult in the wake of Hurricanes Katrina and Rita to express their viewpoints and participate in the political process. Early evidence finds that many groups -- including racial and ethnic minorities and low-income families -- have struggled to vote in post-hurricane elections and to have a say in the region's reconstruction plans. These problems mirror national trends, but also suggest that another unfortunate legacy of the hurricanes of 2005 could be an erosion of voice among those communities whose political expression was most endangered prior to the storms. Without their diverse viewpoints, the region's reconstruction risks suffering from insularity and a failure to reap the benefits of pluralism. Voice is therefore an important element of opportunity for those most victimized by Katrina. This fact sheet summarizes research on the political participation of vulnerable Gulf Coast communities after Katrina, as well as national trends in electoral participation. It draws on this research to identify obstacles to political participation, and offers recommendations for means to expand voice for all. 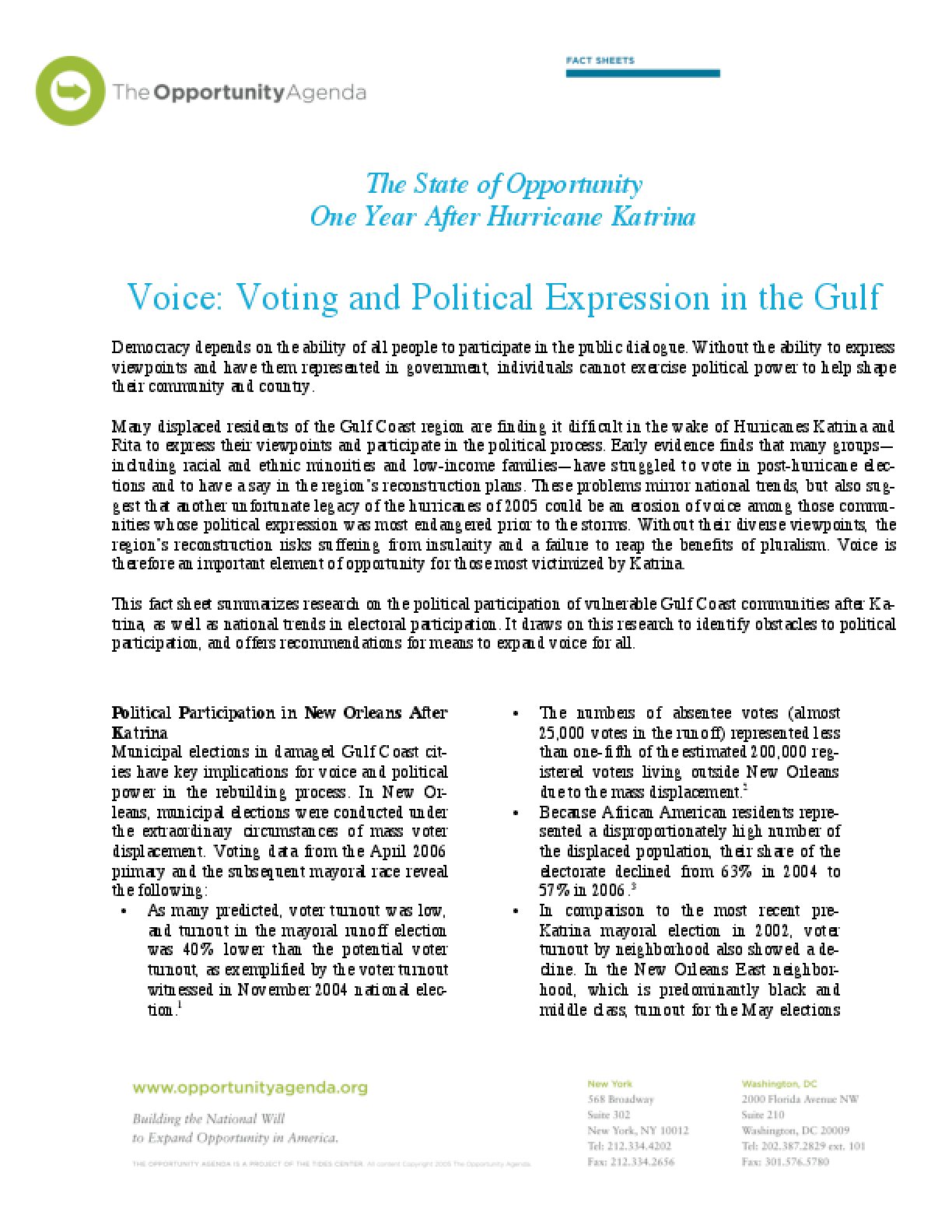