Volunteer Growth in America: A Review of Trends Since 1974

The Corporation has produced a national report that for the first time tracks volunteering over a 30-year period. "Volunteer Growth in America: A Review of Trends Since 1974" illustrates how volunteering has rebounded to a 30-year high today -- rising by more than 32 percent over the past 16 years -- after declining between 1974 and 1989. The report found that older teenagers (ages 16-19) have more than doubled their time spent volunteering since 1989; that far from being a "Me Generation," that Baby Boomers are volunteering at sharply higher rates than did the previous generation at mid-life; and that the volunteer rate for Americans ages 65 years and over has increased 64 percent since 1974; and the proportion of Americans volunteering with an educational or youth service organization has seen a 63 percent increase just since just 1989. "Volunteer Growth in America" is based on statistics from the U.S. Census Bureau and the Bureau of Labor Statistics. The findings are encouraging while demonstrating that more engagement is needed to achieve a national goal of raising the number of volunteers from 65 million in 2005 to 75 million by 2010. 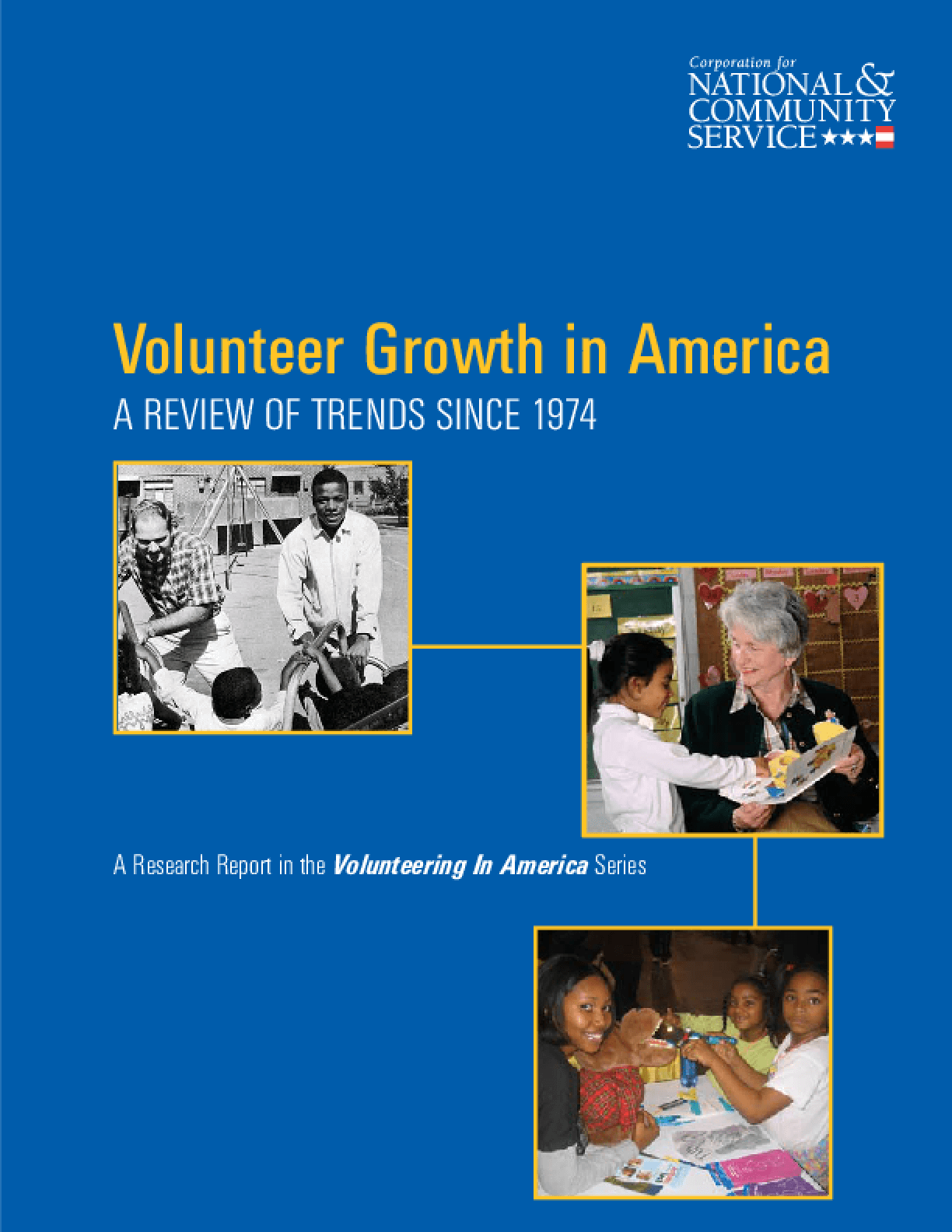