In 2020, All Voting is Local Ohio teamed up with statewide advocates to assess how difficult it is for eligible voters in jail to cast a ballot. We wanted to know: Did county jails and boards of elections have policies and procedures to facilitate the voting and registration of eligible voters in jails, and did they cooperate with volunteers who sought to provide those services? We used data from public records requests to the boards of elections (BOEs) and jails in Ohio's seven major metropolitan counties. Boards and county jails responded with nothing more than references to the Ohio Revised Code — if they responded at all. Written policies and procedures to facilitate elections are missing throughout the state's largest counties.

Each year, at least 150,000 people are booked into local jails in Ohio. If the state is not collecting basic information and the counties do not have universal policies and procedures to facilitate in-jail voting, people who are confined are likely experiencing de facto disenfranchisement. 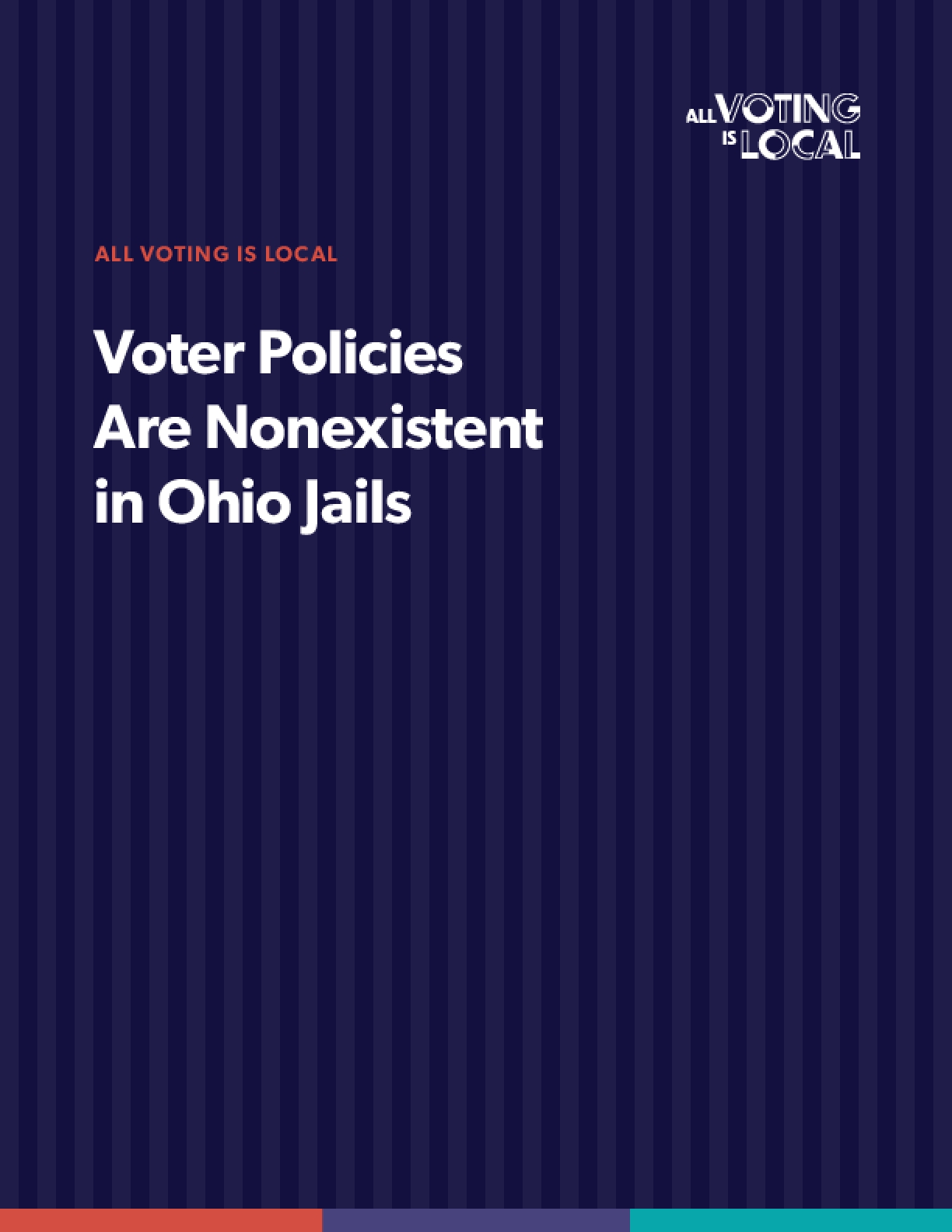