Voting Share Reform at the IMF: Will it Make a Difference?

For more than 20 years there have been efforts to reform the IMF through changing its voting structure. There are structural limits to both the success, in quantitative terms, of changing these limits; and to the impact of any changes that are won. Ignoring these constraints for the moment, it should in principle be possible to give more voice to the majority of the world's governments, and by extension their people, by increasing voting shares of low- and middle-income countries; and in this way to possibly make IMF policy better reflect and serve the interests of the majority of the world's population, especially in low- and middle-income countries. 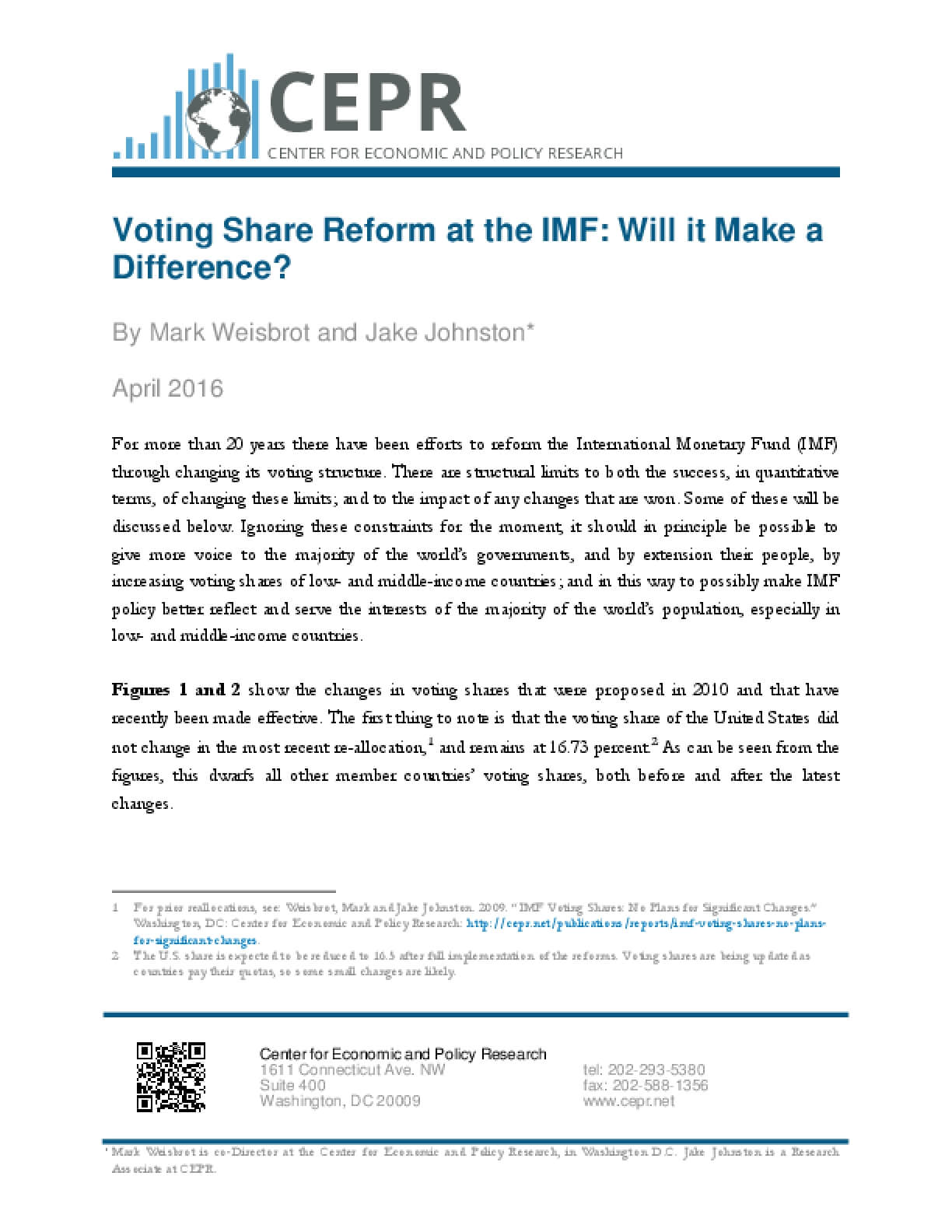