The Annenberg Institute for School Reform (AISR) at Brown University partnered with Public Education Network to highlight the findings of PEN's National Commission on Civic Investment in Public Education, which met for 18 months and issued its final report in May, 2011. AISR dedicated its Winter 2012 issue of Voices in Urban Education (VUE) to the topic of civic investment in public education. The fifteen members of the National Commission for Civic Investment in Public Education have performed an extraordinary service for this nation and for America's schoolchildren. The Commission's work was ably led by co-chairs Richard W. Riley, former U.S. Secretary of Education (1993 -- 2001) and Linda Darling-Hammond, world-renowned education scholar and professor of education at Stanford University. Other members included leaders from the corporate, philanthropic, and nonprofit sectors; educators; researchers; and public education support organization leaders from around the country. Together they shared a commitment to expand civic knowledge and support of public education through citizen involvement. Contents: 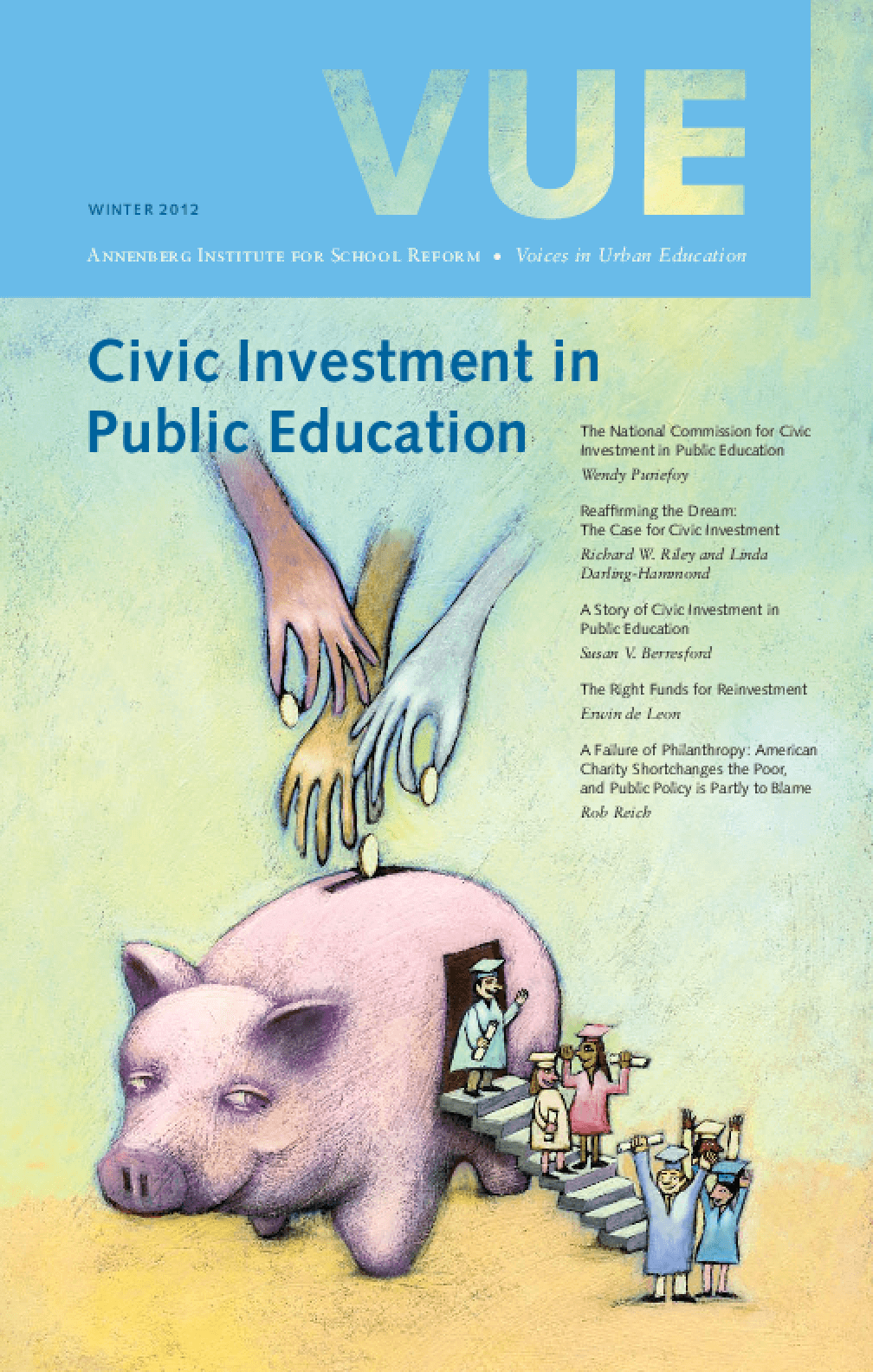