Waking the Sleeping Giant: Poor and Low-Income Voters in the 2020 Elections

The 2020 presidential elections saw the highest voter turnout in U.S. election history, including among poor and low-income voters (LIV) . Of the 168 million voters who cast a ballot in the general election, 58 million—or 35% of the voting electorate—were LIV. This cuts against common misperceptions that poor and low-income people are apathetic about politics or inconsequential to electoral outcomes.

To tap into the potential impact of these voters in the 2020 elections, the Poor People's Campaign: A National Call for Moral Revival (PPC:NCMR) launched a non-partisan voter outreach drive across 16 states. The drive targeted urban and rural areas and reached over 2.1 million voters, the vast majority of whom were eligible LIV. The drive had a statistically significant impact in drawing eligible LIV into the active voting electorate, showing that intentional efforts to engage these voters—around an agenda that includes living wages, health care, strong anti-poverty programs, voting rights and policies that fully address injustices of systemic racism, poverty, ecological devastation and the war economy—can be effective across state borders and racial lines. 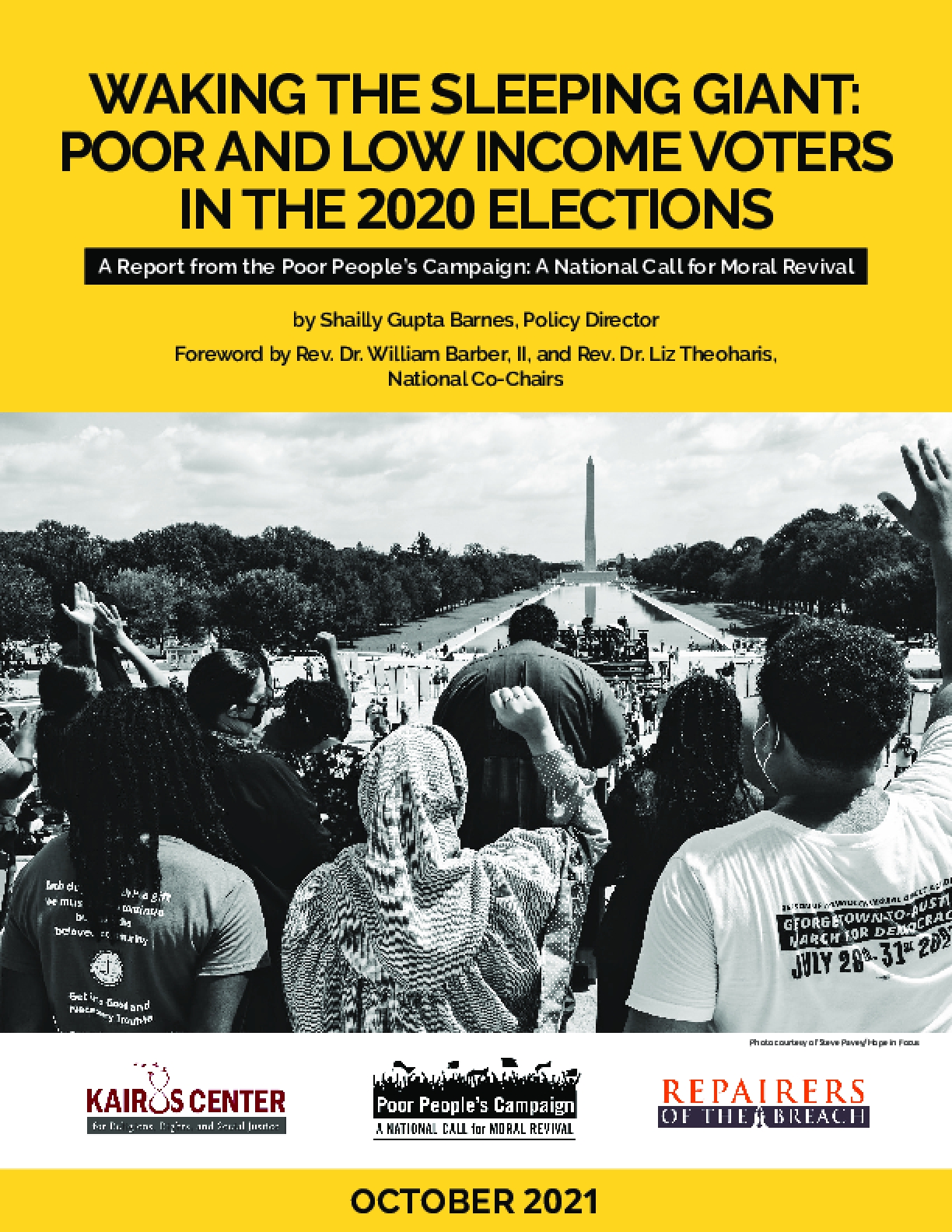