Walking the Talk: Youth Engagement and Grantmaking in the National Capital Region (2001-2005)

This evaluation research report tells the story of what youth and adults from the Greater  Washington Youth Philanthropy Initiative (GWYPI) of The Community Foundation for the National Capital Region (CFNCR) have learned over the past four years about engaging youth as grantmakers and community leaders. It tells stories like that of the relationship between a group of youth grantmakers, the DC Youth Advisory Council and youth from Facilitating Leadership in Youth (FLY), a nonprofit working East of the Anacostia River in Washington, DC, one of the neighborhoods most affected by poverty and violence in the greater Washington region. Over the past 4 years, youth from FLY have received three grants from the DC Youth Advisory Council for: development of their own youth council; career training; leadership training on how to effectively engage youth in school system reform; and for a youth-led publication on violence and police brutality. Youth grantees from FLY investigated the issue of violence in their neighborhood by interviewing community leaders, police, and gun store owners, among others. Young people ages 12 to 16 wrote about their own experiences and the results of their investigation in a publication titled "Guns Killin Youngins" that was featured in The Washington Post. See Full Article on p.18. Stories like this one show the power of young people to identify critical issues, mobilize resources and affect change. They offer hope and propel us to take action. Young people from all over the greater Washington region are working to improve conditions for their peers and increase the numbers of young people actively engaged in civic and community life through youth-to-youthgrantmaking. They are serving as stewards of grant dollars and as community leaders. Benefits from investments in these young people, and their commitment to serving as leaders in our Nation's Capital have the potential to shape their futures as well as ours. 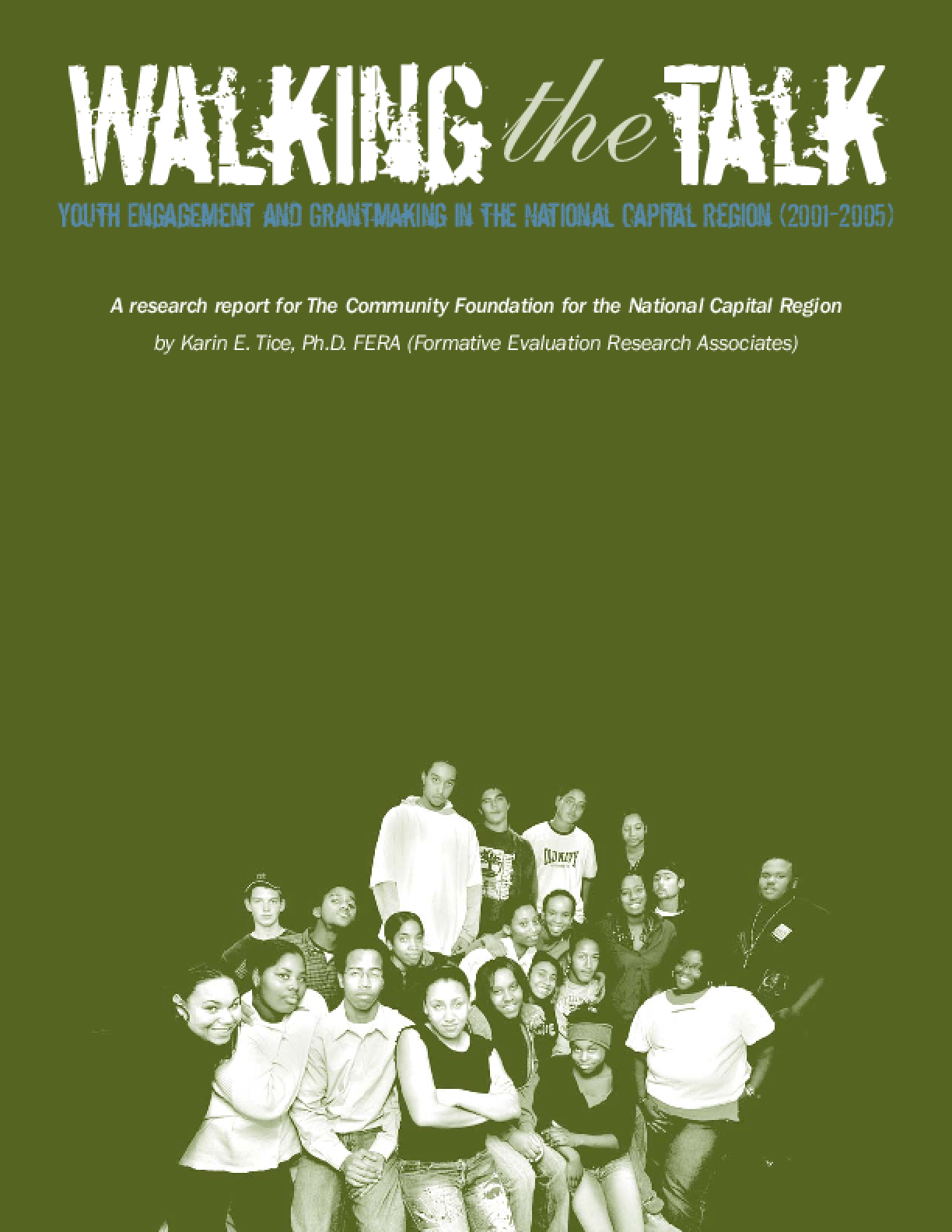