Acorss the country, heavily armed Special Weapons and Tactics (SWAT) teams are forcing their way into people's homes in the middle of the night, often deploying explosive devices such as flashbang grenades to temporarily blind and deafen residents, simply to serve a search warrant on the suspicion that someone may be in possession of a small amount of drugs. Neighborhoods are not war zones, and our police officers should not be treating us like wartime enemies. However, the ACLU encountered this type of story over and over when studying the militarization of state and local law enforcements.

This report provides a snapshot of the realities of paramilitary policing, building on a body of existing work demonstrating that police militarization is a pervasive problem. Analyzing both existing secondary source materials and primary source data uncovered through the ACLU's public records investigation, this report examines the use of SWAT teams by state and local law enforcement agencies and other aspects of militaristic policing. 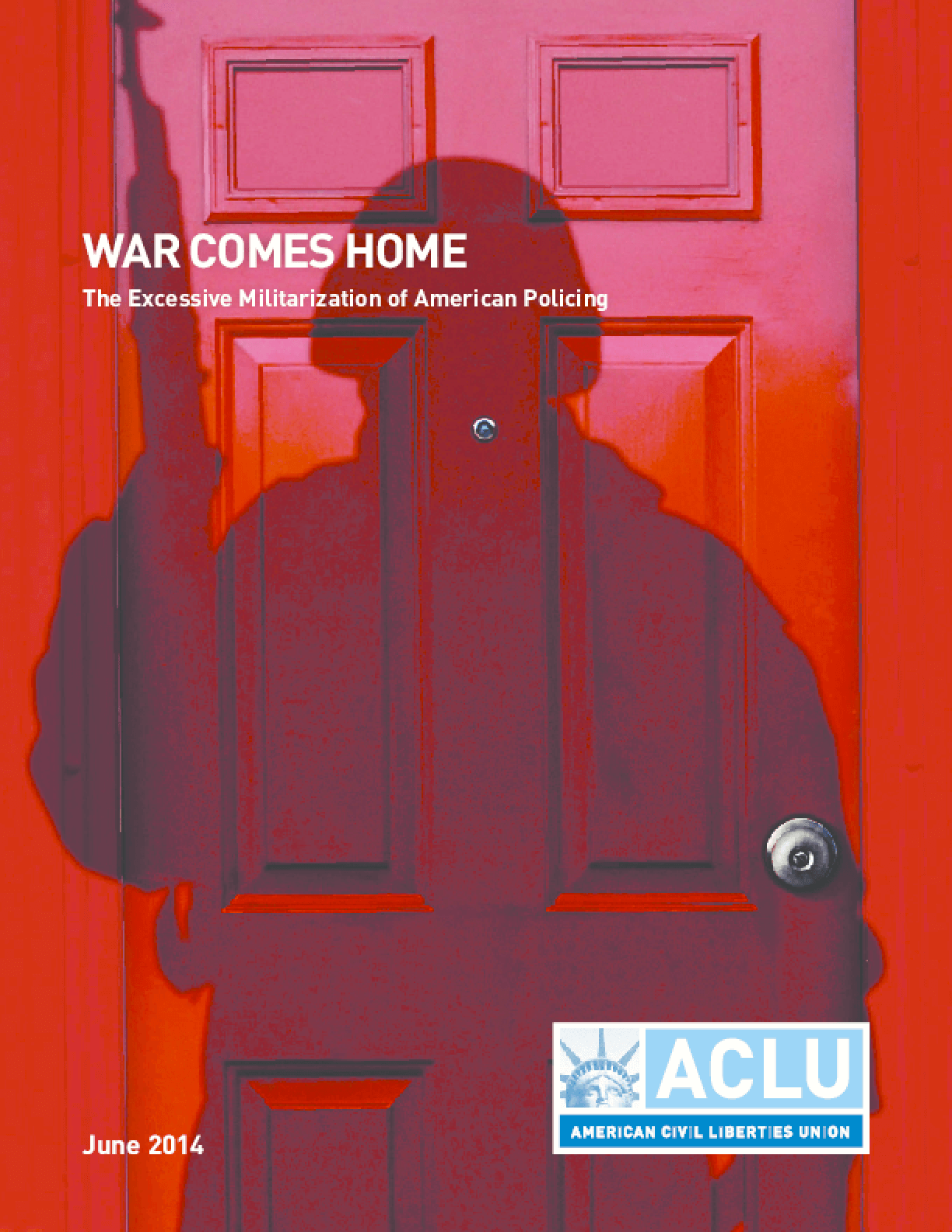