Washington: Round 1 - State-Level Field Network Study of the Implementation of the Affordable Care Act

This report is part of a series of 21 state and regional studies examining the rollout of the ACA. The national network -- with 36 states and 61 researchers -- is led by the Rockefeller Institute of Government, the public policy research arm of the State University of New York, the Brookings Institution, and the Fels Institute of Government at the University of Pennsylvania. The state of Washington is expanding its Medicaid program and operating its own health insurance marketplace, as authorized by the Patient Protection and Affordable Care Act (ACA). The state legislature made the decision to run an insurance exchange in 2011, ahead of the June 2012 Supreme Court decision on the ACA's constitutionality, and well in advance of the 2012 presidential election. On July 1, 2013, Governor Jay Inslee signed the state's biennial budget, which authorized Medicaid expansion. Thus began the formal action signaling Washington State's intent to fully implement the ACA. 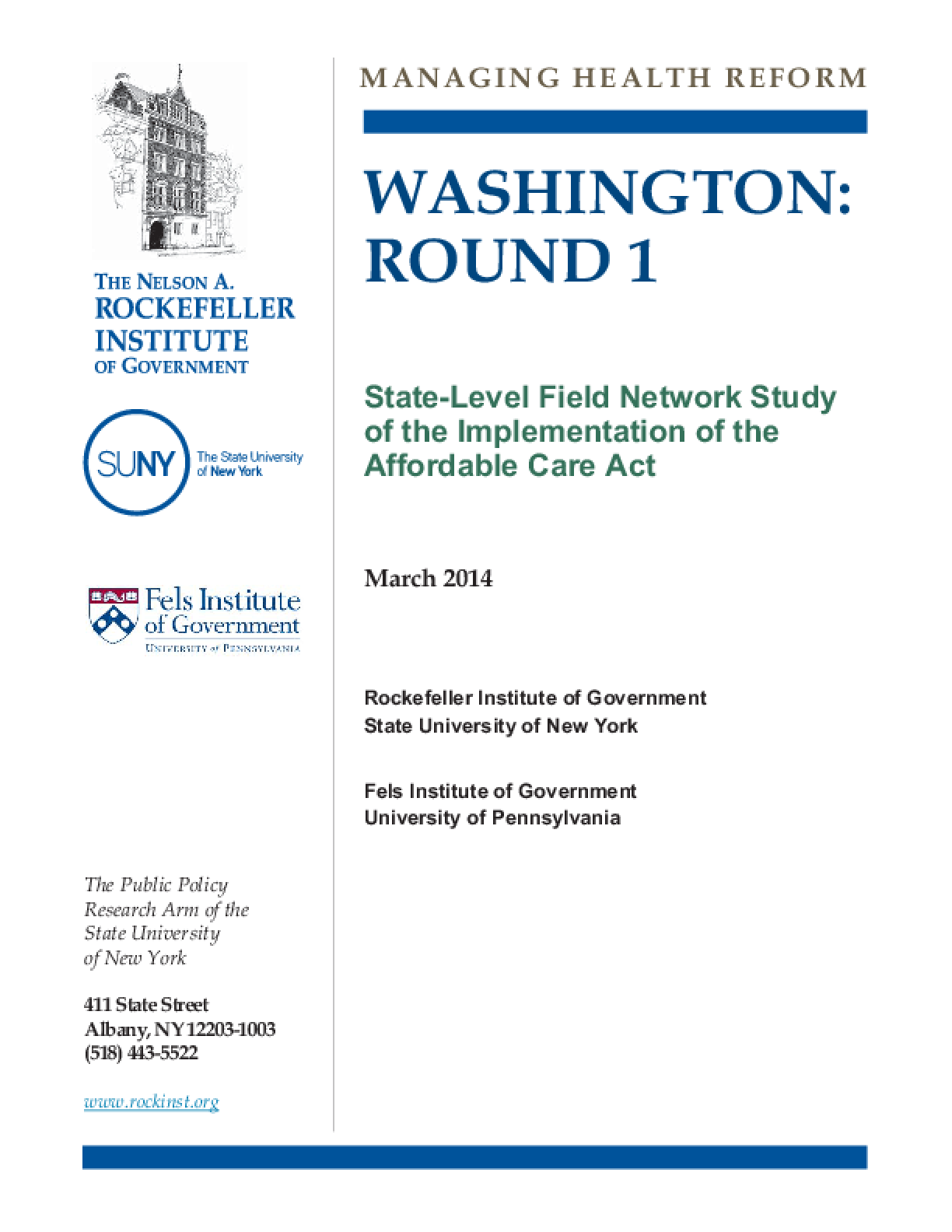