Over 3 budget years from 2009 to 2011, Washington State has grappled with a $12 billion shortfall between the projected need for public services and state revenues -- which have plunged because of the recession. Federal stimulus money and the rainy day fund made up some of the difference, and the state raised $918 million with tighter standards and new taxes. Still, Washington's legislature has cut $5.2 billion, impacting schools, childcare centers, health clinics, assisted living facilities, families, and individuals across the state. Despite continued population growth, inflation, and increased needs caused by the recession, Washington's 2-year General Fund budget for 2009-11 is barely above the 2005-07 level and $2.7 billion below the amount originally budgeted for 2007-09 -- an 8% drop. 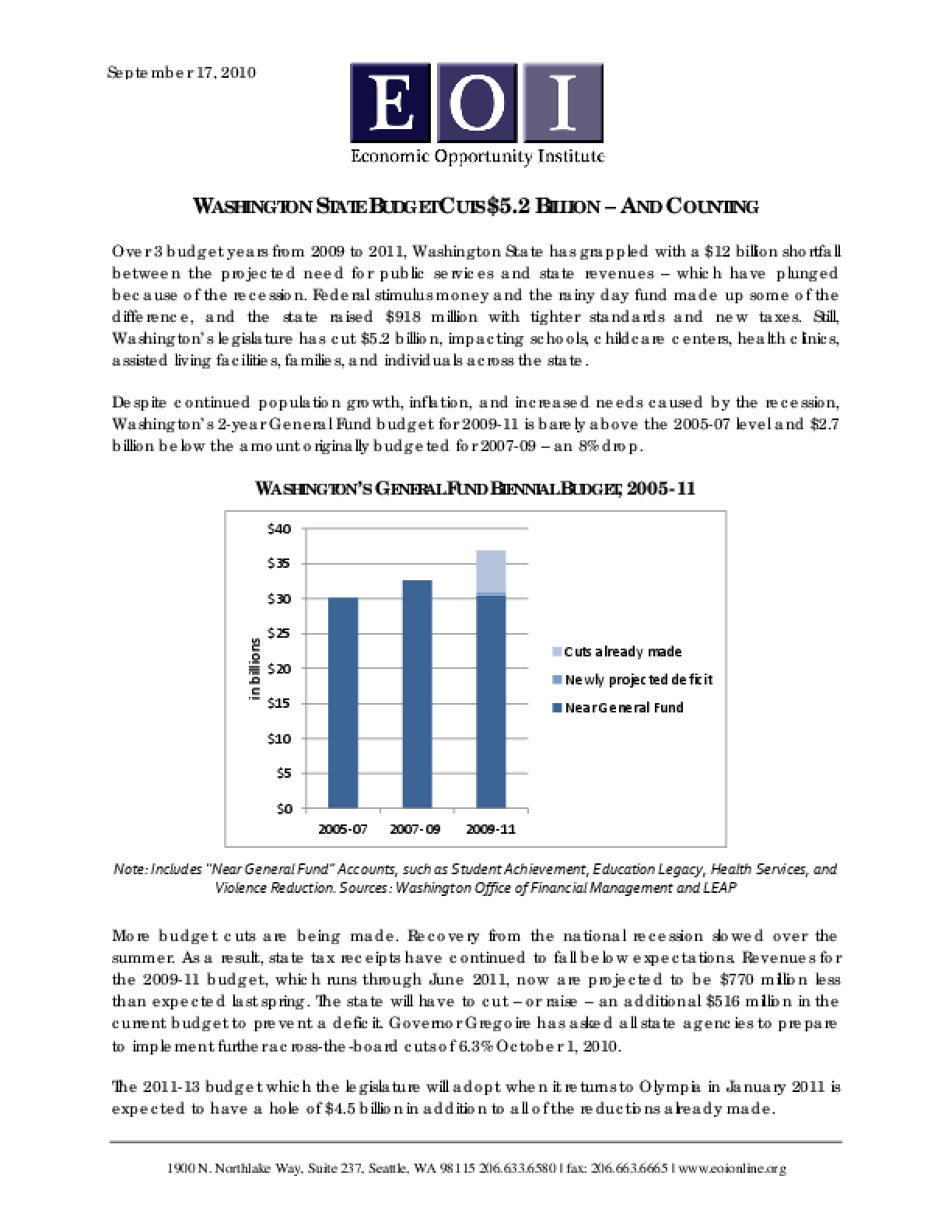