To combat terrorism, Attorney General John Ashcroft has asked Congress to "enhance" the government's ability to conduct domestic surveillance of citizens. The Justice Department's legislative proposals would give federal law enforcement agents new access to personal information contained in business and school records. Before acting on those legislative proposals, lawmakers should pause to consider the extent to which the lives of ordinary Americans already are monitored by the federal government. Over the years, the federal government has instituted a variety of data collection programs that compel the production, retention, and dissemination of personal information about every American citizen. Linked through an individual's Social Security number, these labor, medical, education and financial databases now empower the federal government to obtain a detailed portrait of any person: the checks he writes, the types of causes he supports, and what he says "privately" to his doctor. Despite widespread public concern about preserving privacy, these data collection systems have been enacted in the name of "reducing fraud" and "promoting efficiency" in various government programs. Having exposed most areas of American life to ongoing government scrutiny and recording, Congress is now poised to expand and universalize federal tracking of citizen life. The inevitable consequence of such constant surveillance, however, is metastasizing government control over society. If that happens, our government will have perverted its most fundamental mission and destroyed the privacy and liberty that it was supposed to protect. 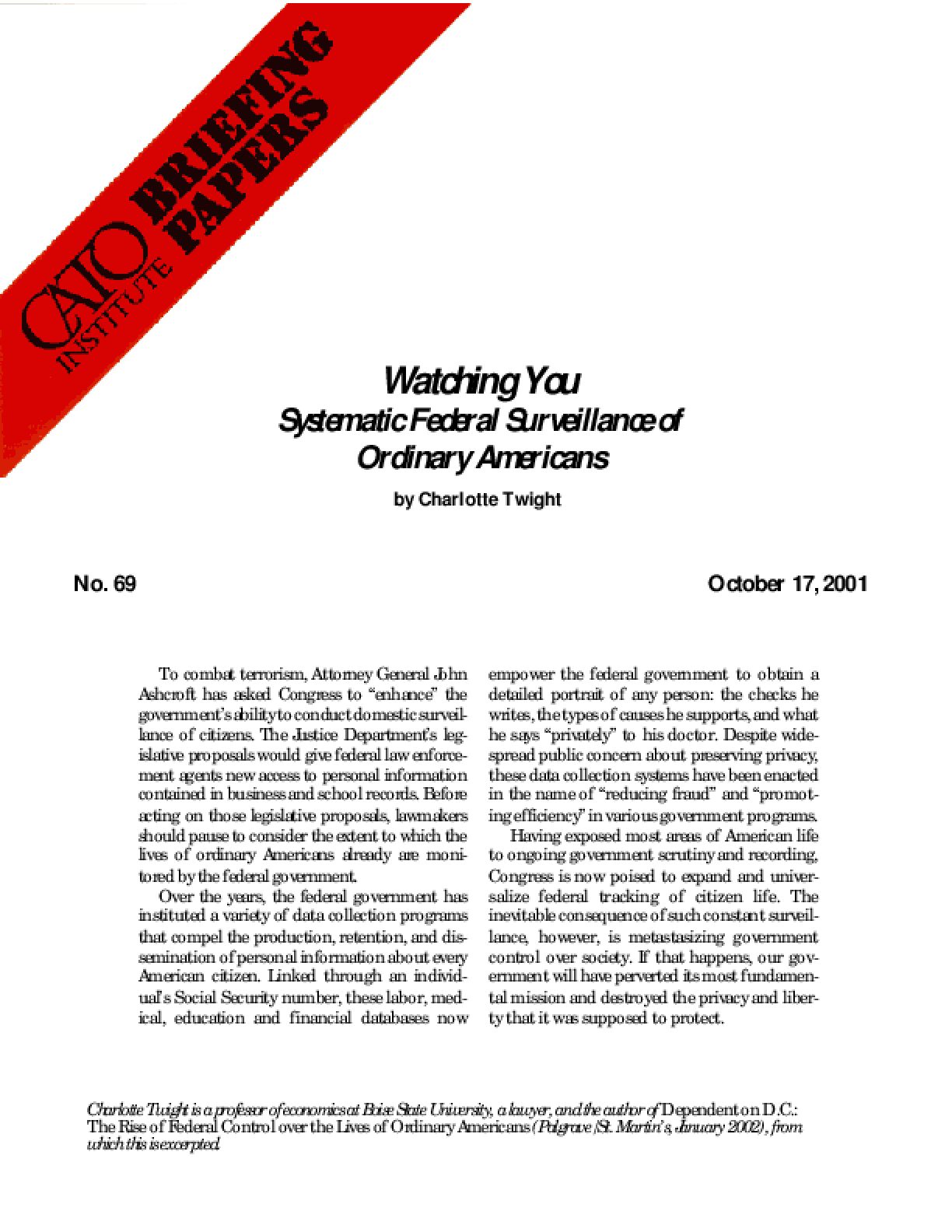