A report on South African water development: South Africa's water resources are, in global terms, scarce and extremely limited: average rainfall (450 mm per year) is well below the world average (of about 860 mm), evaporation is comparatively high, no truly large or navigable rivers exist, the combined runoff (of 49 billion cubic metres per year) is less than half of that of the Zambezi River, the closest large river to South Africa. In addition South Africa is also poorly endowed with groundwater and the natural availability of water across the country is highly uneven with more than 60% of the river flow arising from only 20% of the land. Four of South Africa's main rivers are shared with other countries, which together drain about 60% of the country's land area and contribute about 40% of its total surface runoff (river flow). Most urban and industrial development took place in locations remote from large watercourses, dictated either by the occurrence of mineral riches or influenced by the political dispensation of the past. Some irrigation were also established during times that water was still relatively abundant and little incentive existed for seeking the most beneficial application thereof. As a result, in several river basins the requirements for water already far exceeds its natural availability, and widely-spread and often large-scale transfers of water across catchments have therefore, been implemented. 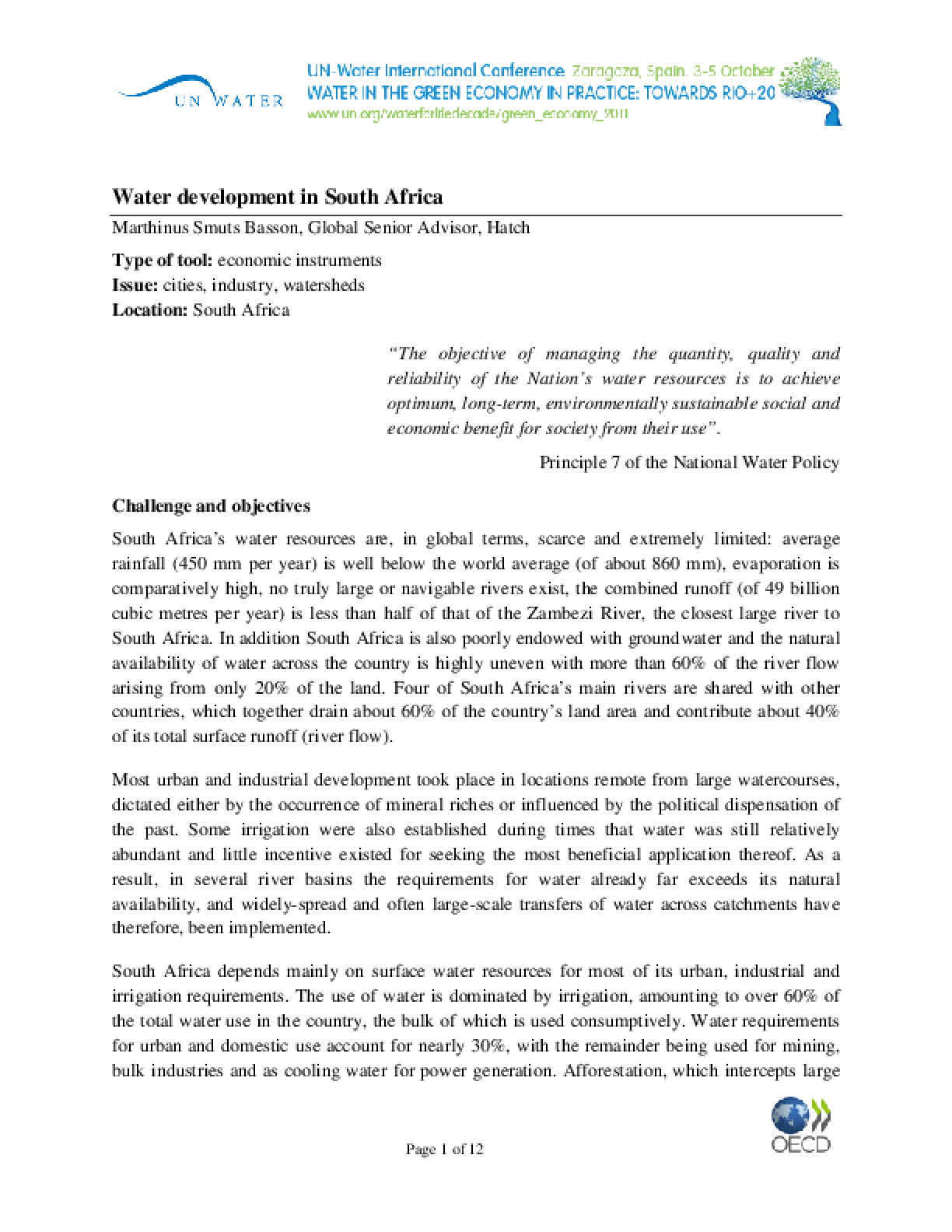