Water Markets in the West: Prices, Trading, and Contractual Forms

Payments for environmental services (PES) are a means of creating a market in environmental/ecosystem services. They link those who value a given service with those who can provide it. Most early PES initiatives were in Latin America, which remains the region with the most PES schemes, followed by Asia, and lastly Africa. From IFAD's perspective, the problem is that poor rural people lack the prerequisites for participation in PES. Part of the solution to this stubborn dilemma may be to eschew PES schemes that simply seek market creation. Rather than clinging to economic principles, develop a variant of PES that builds on the reality faced in rural areas. This means allowing for market support, subsidies and a means of directing PES benefits to poor people - in short, developing pro-rural-poor PES. 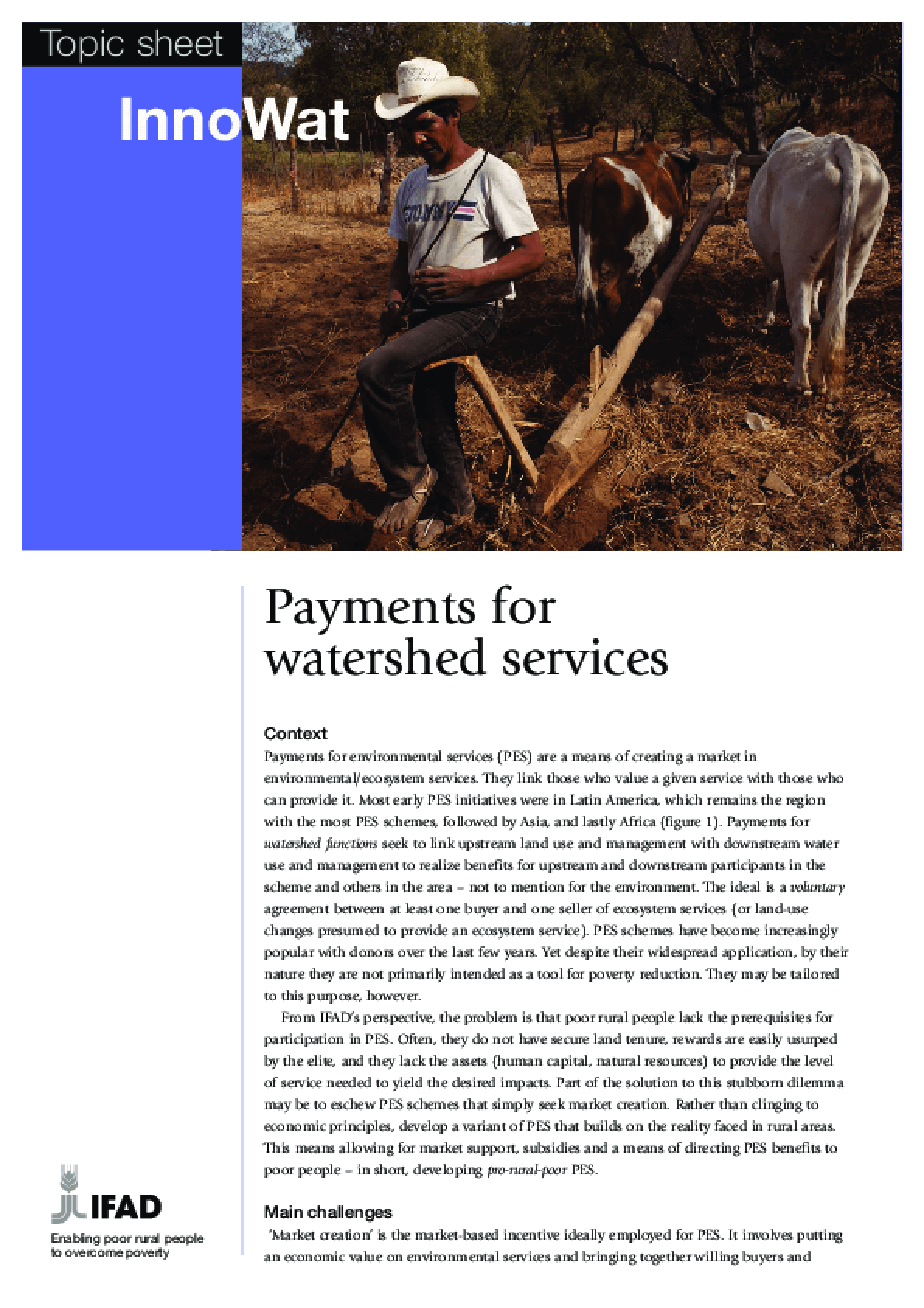