Waterfront Resiliency and Revitalization: Living With the Water Instead of Fighting It

What do we do now? That's the question many are asking now that Superstorm Sandy has come and gone, leaving our coastline in shambles and an abundance of lessons about the new future of the New York City and northern New Jersey waterfront. This is also one of the biggest issues that the next leaders of New York City must confront. One thing is clear: The future of the New York City waterfront is informed by a simple ethos: Live with the water instead of fighting it. Waterfront revitalization and resiliency go hand in hand with the restoration of the harbor, protection of the natural environment, and access to the water. A resilient city embraces all waterfront uses and continues to revitalize its waterfront. Government agencies from Federal, State, and local levels are now putting together comprehensive plans to protect our region and the financial capital of the world from the effects of climate change and sea level rise. As these plans are finalized, MWA urges that the general principles listed below be a primary part of the City's implementation plans. 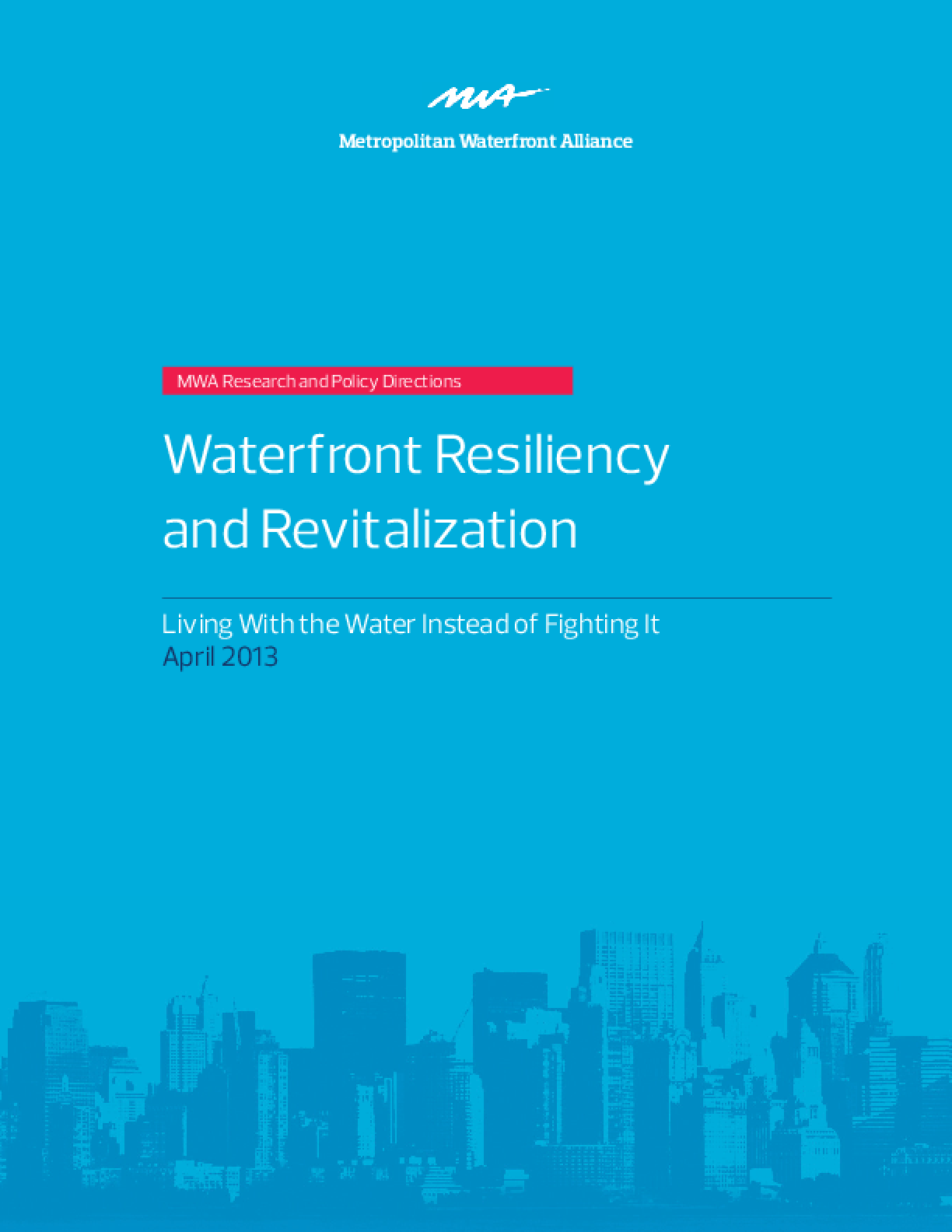