We are the Prey: Racial Profiling and Policing of Youth in New Bedford

The New Bedford Police Department reports incidents involving young people of color at disproportionate rates that are shocking in a white majority city. Additionally, there are patterns of over-policing lower-income neighborhoods, both formally and informally, as police officers are encouraged to live in public housing by rents that are discounted far below that of other residents and communities of color bearing the brunt of frequent stops and interrogations by the NBPD.

The NBPD maintains a database of residents it alleges are gang affiliated, the majority of whom are young men of color. Though criteria are subjective, inclusion on the database is used as a pretext to violate the rights of listed people and, they report, their families as well. A handful of officers account for almost half of the incidents involving Black and Latinx residents. Like most departments, NBPD operates on a seniority system that makes it difficult for younger recruits to object to biased behavior – even against themselves when they are people of color.

Citizens for Juvenile Justice (CfJJ) obtained the information in this report through police department data, interviews with stakeholders in New Bedford, and media accounts. 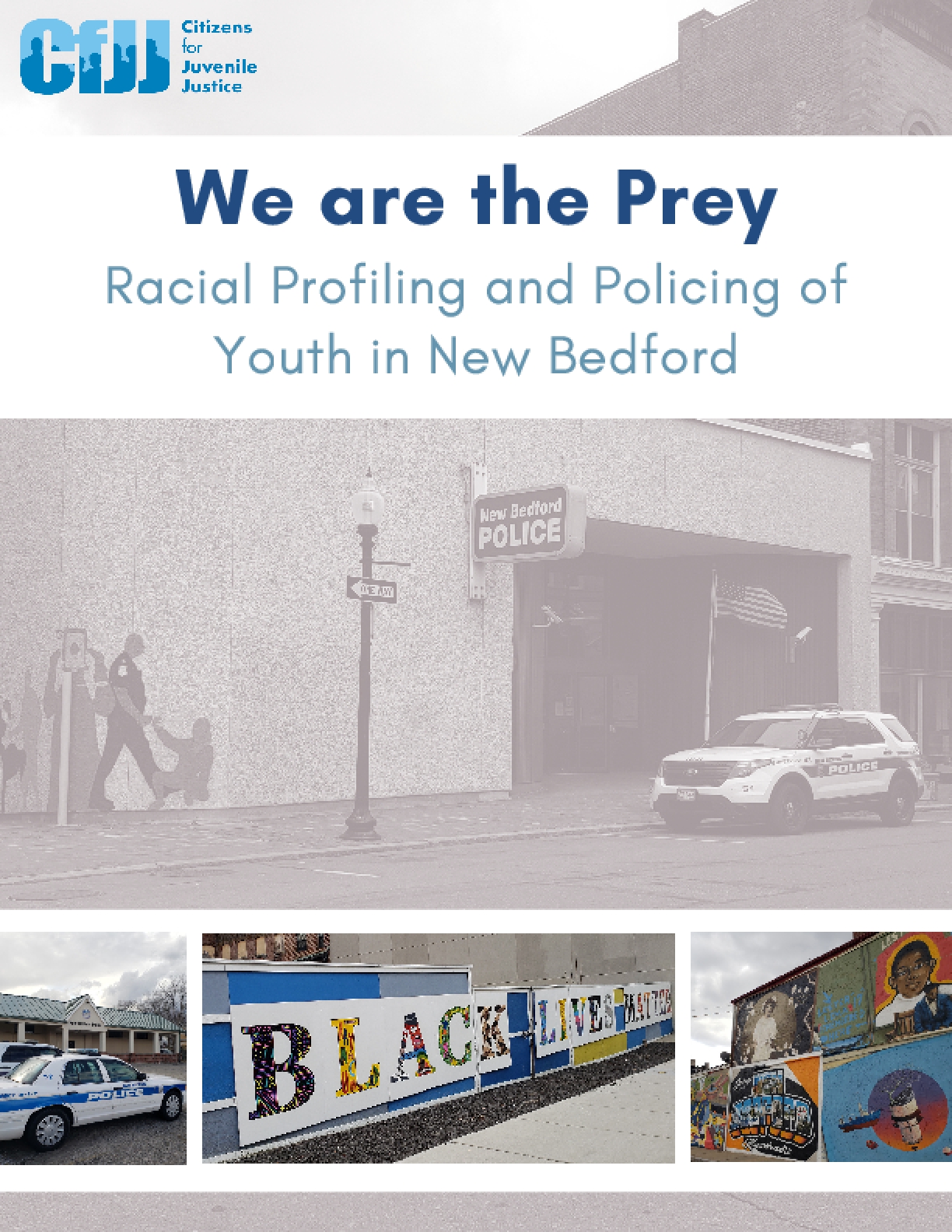