Despite recent reforms, systematic forced labor was still rampant in 2017 in Uzbekistan's cotton sector, new research shows. A report by the Uzbek-German Forum for Human Rights (UGF), a German-based nongovernmental organization, found evidence of a state-sponsored system of forced labor in all regions they monitored during the 2017 harvest. Local officials, under pressure of a quota production system, continued to force people to pick cotton with little accountability. This research is consistent with findings in a 2016 joint report by UGF and Human Rights Watch documenting labor rights violations that underpin Uzbekistan's cotton industry, including in areas with World Bank funded cotton sector projects. The new report confirms that forced labor continued in World Bank project areas, contrary to the bank's loan agreements. While this should be grounds for project suspension, the bank remains heavily invested in projects that benefit Uzbekistan's cotton sector. 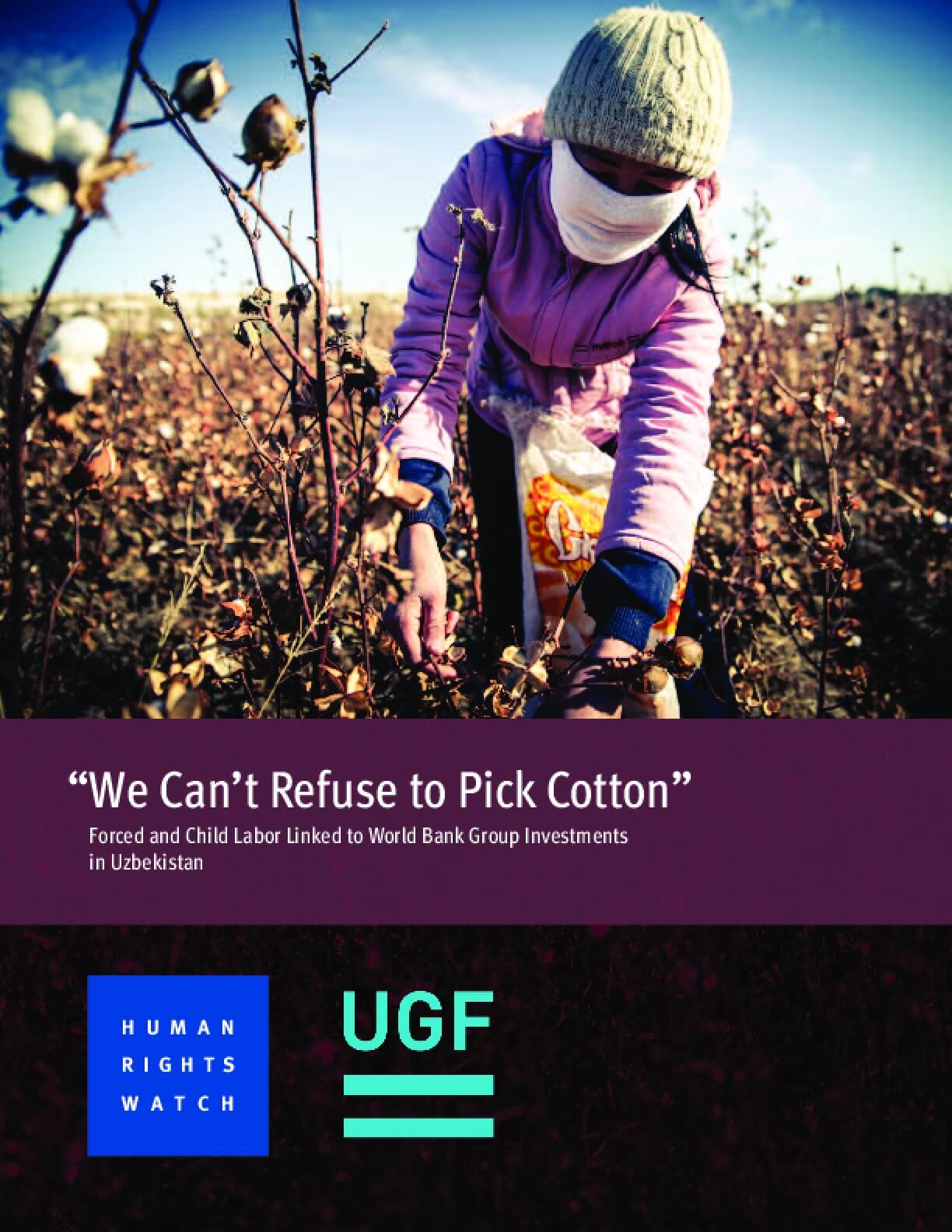