This paper contains a review of the economics literature on the issue of the relationship between immigration and welfare. The review is organised around two questions. First, are immigrants, especially low-skilled immigrants, attracted to welfare-generous states? Second, are immigrants more likely to be recipients of welfare compared to natives? The evidence with respect to both questions suggests that the more extreme fears sometimes expressed in public discourse are exaggerated. While some groups of immigrants might be attracted to welfare-generous states, the effect is unlikely to be significant in terms of public budgets. Similarly, while examples do appear of certain sub-groups of immigrants using welfare more intensively than natives, there are many examples where the opposite holds or where no difference is found. In spite of these findings, a case can still be made that policies should be adopted which convince native populations that excess welfare use by immigrants cannot arise. Such policies may be needed if on-going immigration, which is desirable on many grounds, is to avoid negative political pressure. 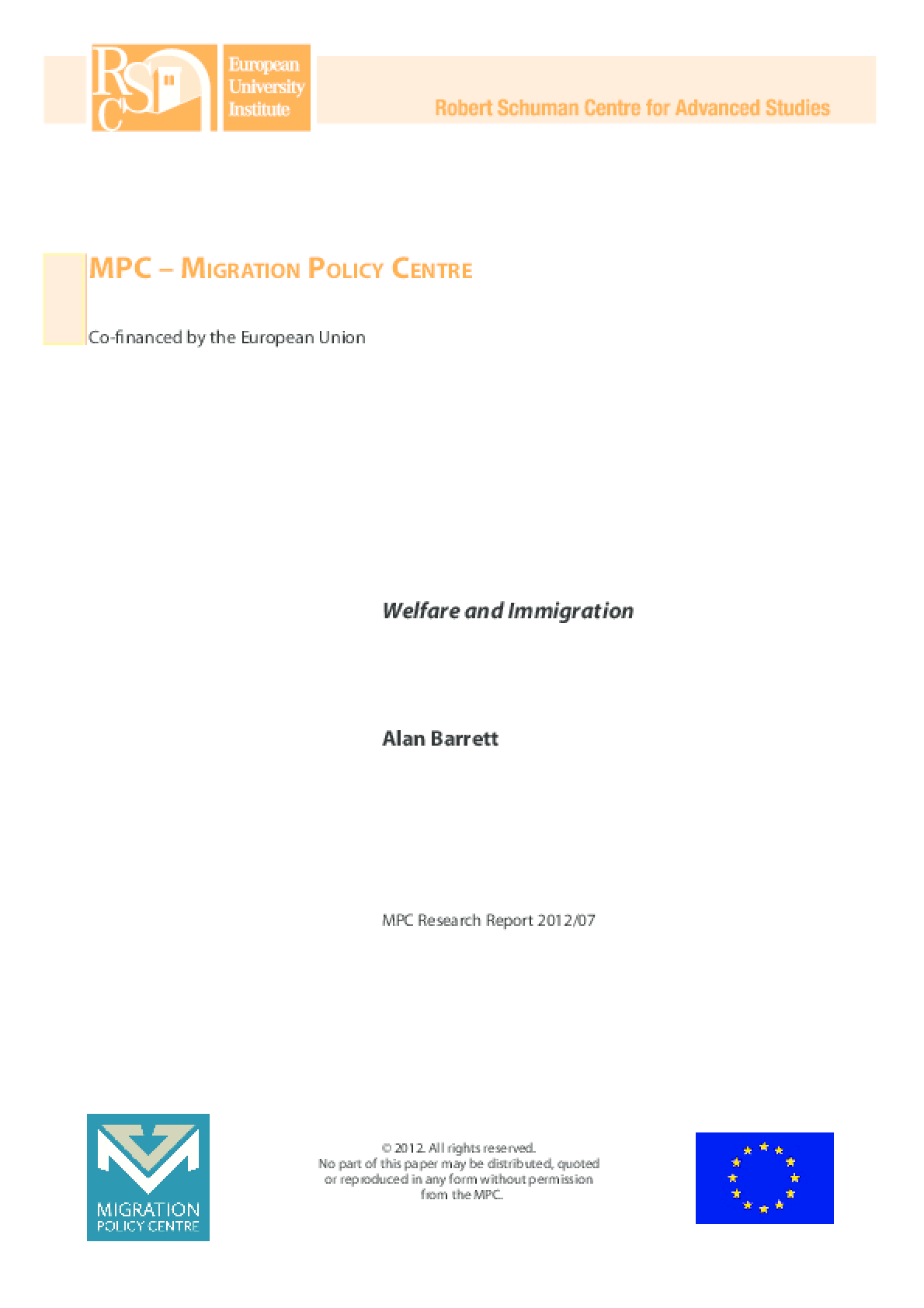