West Virginia: Round 1 - State Level Field Network Study of the Implementation of the Affordable Care Act

As noted throughout this report, West Virginia's experience is a tale of two reforms or experiences. The state has adopted a hands-off, but nonhostile, posture toward the health insurance exchange. Unique policy and political dynamics contributed to the state first embracing the concept of its own exchange and then moving toward a very passive role in a state-federal partnership. In contrast, the state has been proactive in reaching out and enrolling those newly eligible under Medicaid expansion. As ACA implementation gains traction and best practices are discovered and shared, West Virginia's aggressive approach of utilizing SNAP enrollment lists as a means of reaching potential Medicaid applicants may be one of those stories that come to the fore. 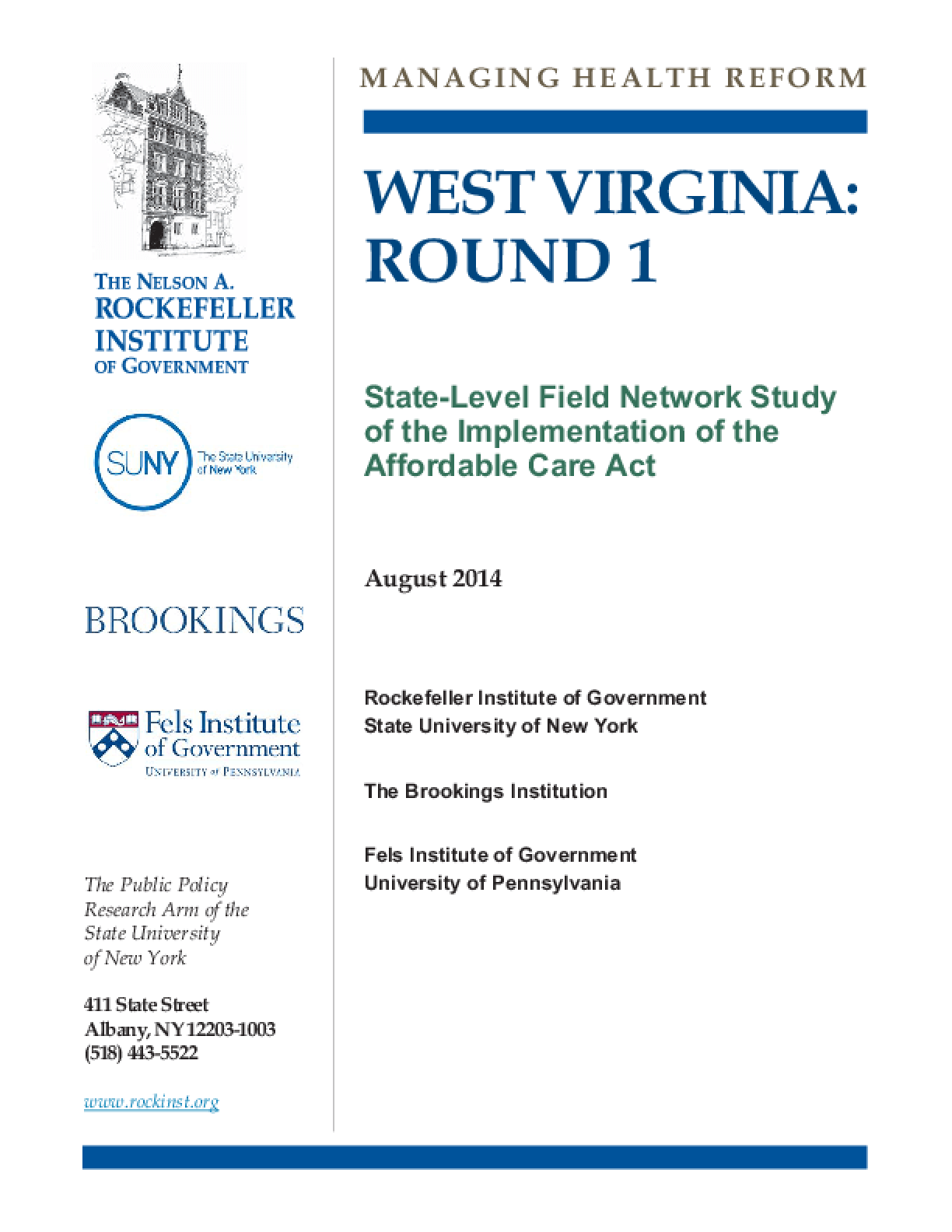