What Caused the Crime Decline?

Crime across the United States has steadily declined over the last two decades. Today, the crime rate is about half of what it was at its height in 1991. What was once seen as a plague, especially in urban areas, is now at least manageable in most places. Rarely has there been such a rapid change in mass behavior. This observation begs two central questions: Why has crime fallen? And to what degree is incarceration, or other criminal justice policy, responsible? Social scientists and policy experts have searched for answers. Various explanations have been offered: expanded police forces, an aging population, employment rates, and even legalized abortion. Most likely, there is no one cause for such widespread, dramatic change. Many factors are responsible. This report isolates two criminal justice policies -- incarceration and one policing approach -- and provides new findings on their effects on crime reduction using a regression analysis. This report issues three central findings, which are summarized: 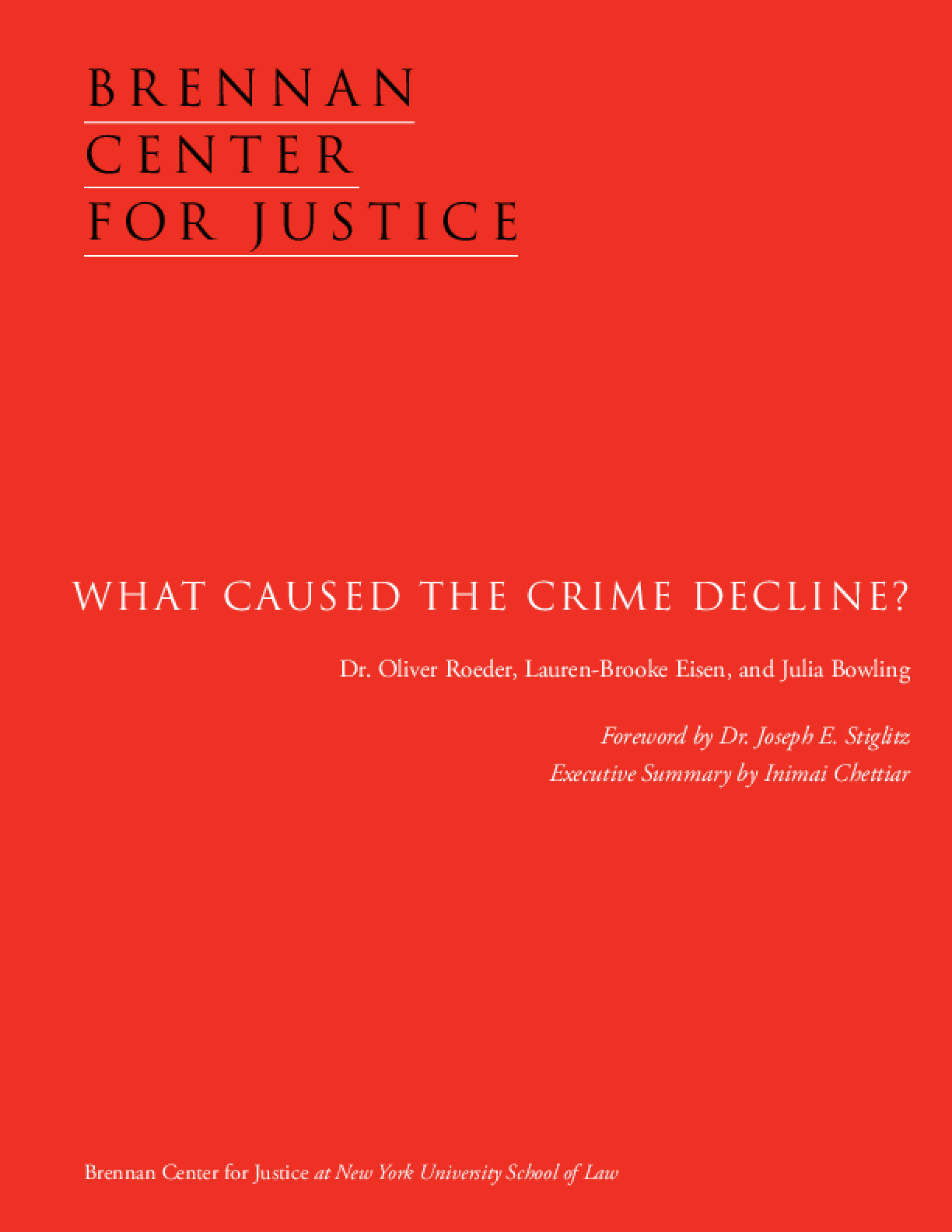