What Do International Tests Really Show About U.S. Student Performance?

Evidence-based policy has been a goal of American education policymakers for at least two decades. School reformers seek data about student knowledge and skills, hoping to use this information to improve schools. One category of such evidence, international test results, has seemingly permitted comparisons of student performance in the United States with that in other countries. Such comparisons have frequently been interpreted to show that American students perform poorly when compared to students internationally. From this, reformers conclude that U.S. public education is failing and that its failure imperils America's ability to compete with other nations economically. This report, however, shows that such inferences are too glib. Comparative student performance on international tests should be interpreted with much greater care than policymakers typically give it. 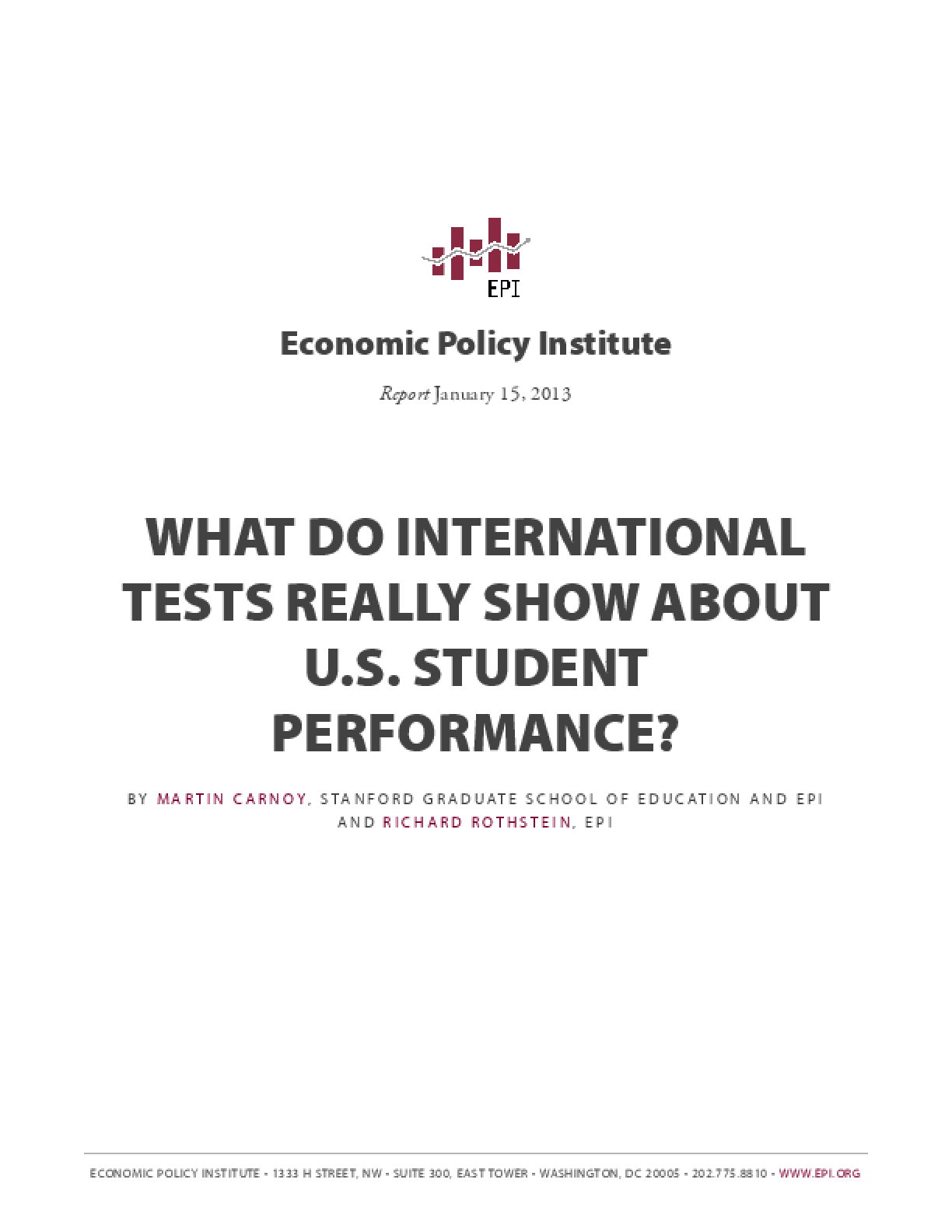