What Happened at the G20? Initial analysis of the London summit

G20 leaders met for the second time in London on 2 April, as the global economic crisis began to crash across the borders of poor countries with ever-greater severity. Oxfam's research shows rising human impacts in the shape of job losses, falling remittances to the families of migrant workers and a particularly severe impact on women workers in global supply chains. Based on the latest forecasts, published on the eve of the summit, Oxfam estimates that the crisis could push 100 million people into poverty in 2009 alone. 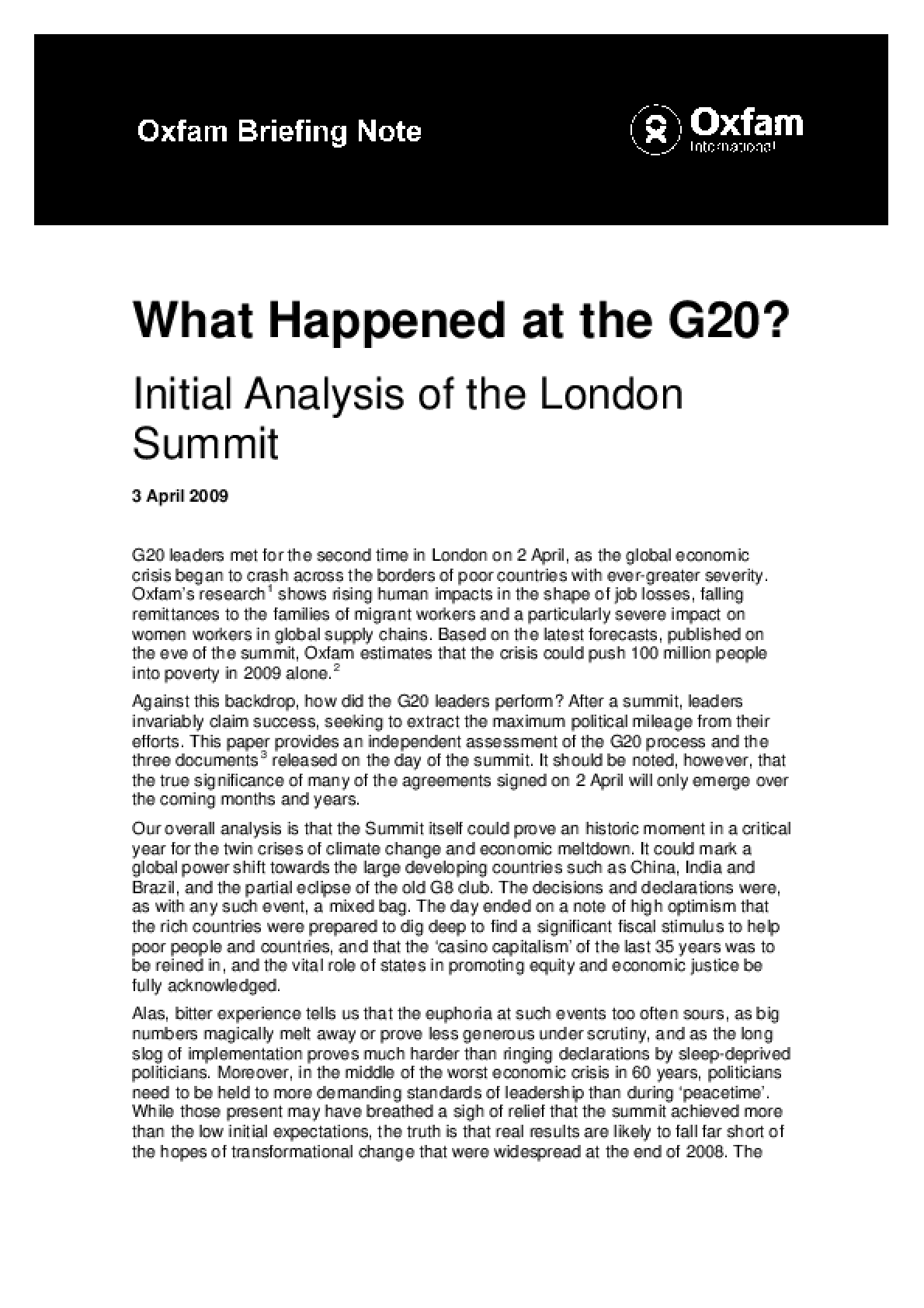