What Next? The Quest to Protect Journalists and Human Rights Defenders in a Digital World

Around the world, governments and non-state actors are using sophisticated techniques to monitor, threaten, and harass human rights defenders (HRDs) and journalists. The growing use of digital technology has empowered activists to rally citizens around common causes and hold governments accountable, but it has also opened new doors for surveillance and harassment of activists and citizens' activities online. On November 14 -- 15, 2013, Freedom House, funded by the United States Agency for International Development (USAID), held a global conference in Mexico City entitled "What Next? The Quest to Protect Journalists and Human Rights Defenders in a Digital World," which brought together over 60 policymakers, donors, and activists to explore the full range of emerging threats and best strategies to overcome them; take an honest look at what is and is not working; and chart a path forward for more proactive and realistic solutions to build the resilience, sustainability, and relevance of HRDs and their movements. The conference sought to answer "what's next?" by identifying opportunities that can be exploited to build up frontline defenders and their ability to uphold human rights principles fearlessly and strategically at home and abroad. 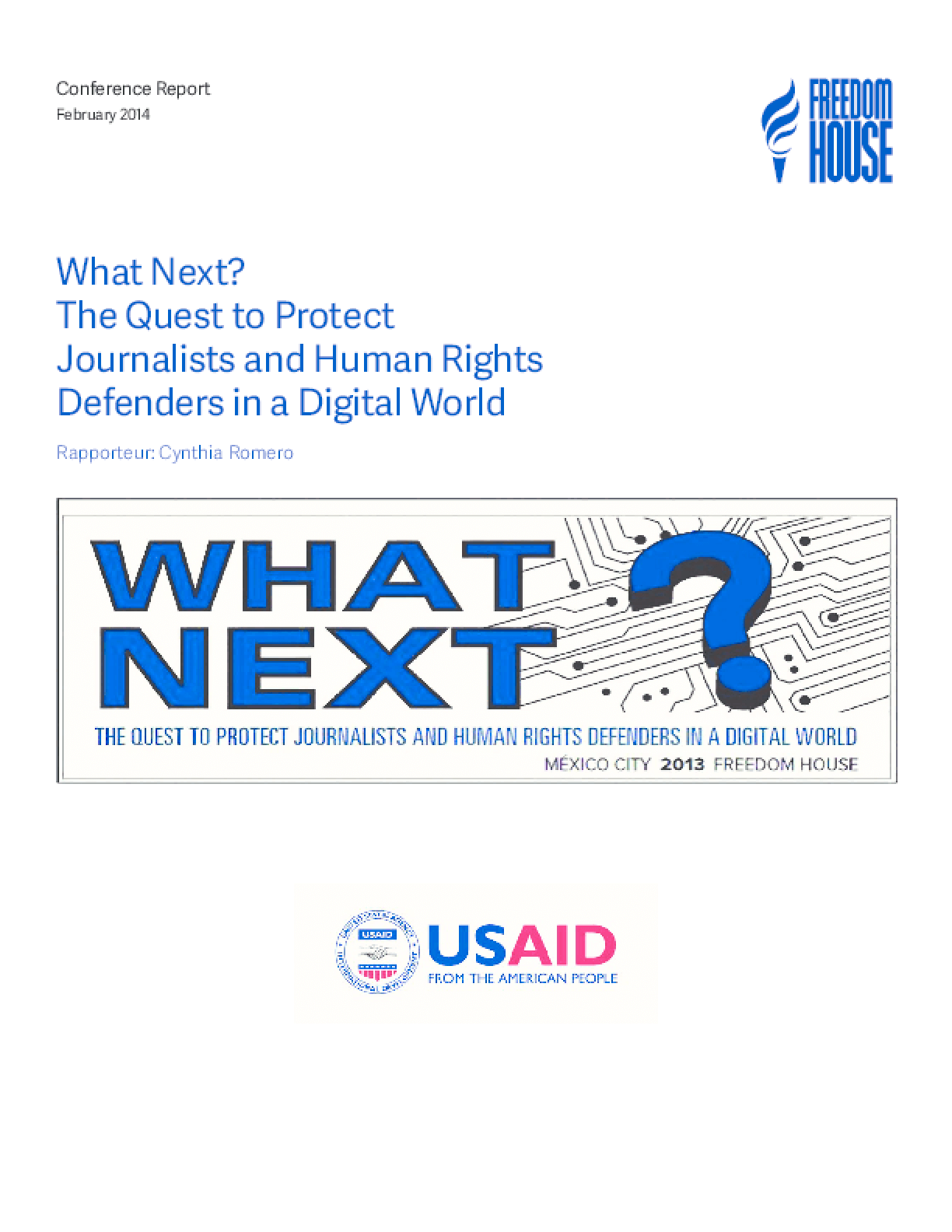