As Pew Research Center surveys have documented, the United States' global reputation has shifted dramatically over the past two decades, often improving or declining depending on who is in the White House and the foreign policies they pursue. At the same time, many other factors have continued to shape how people see the U.S., including its vast cultural reach, its economic model and its divisive politics. A survey of 17 advanced economies highlights the complexity of America's international image. People in other publics find much to admire about the U.S., but they see many problems as well. Americans, for their part, also see both strengths and weaknesses in their society. 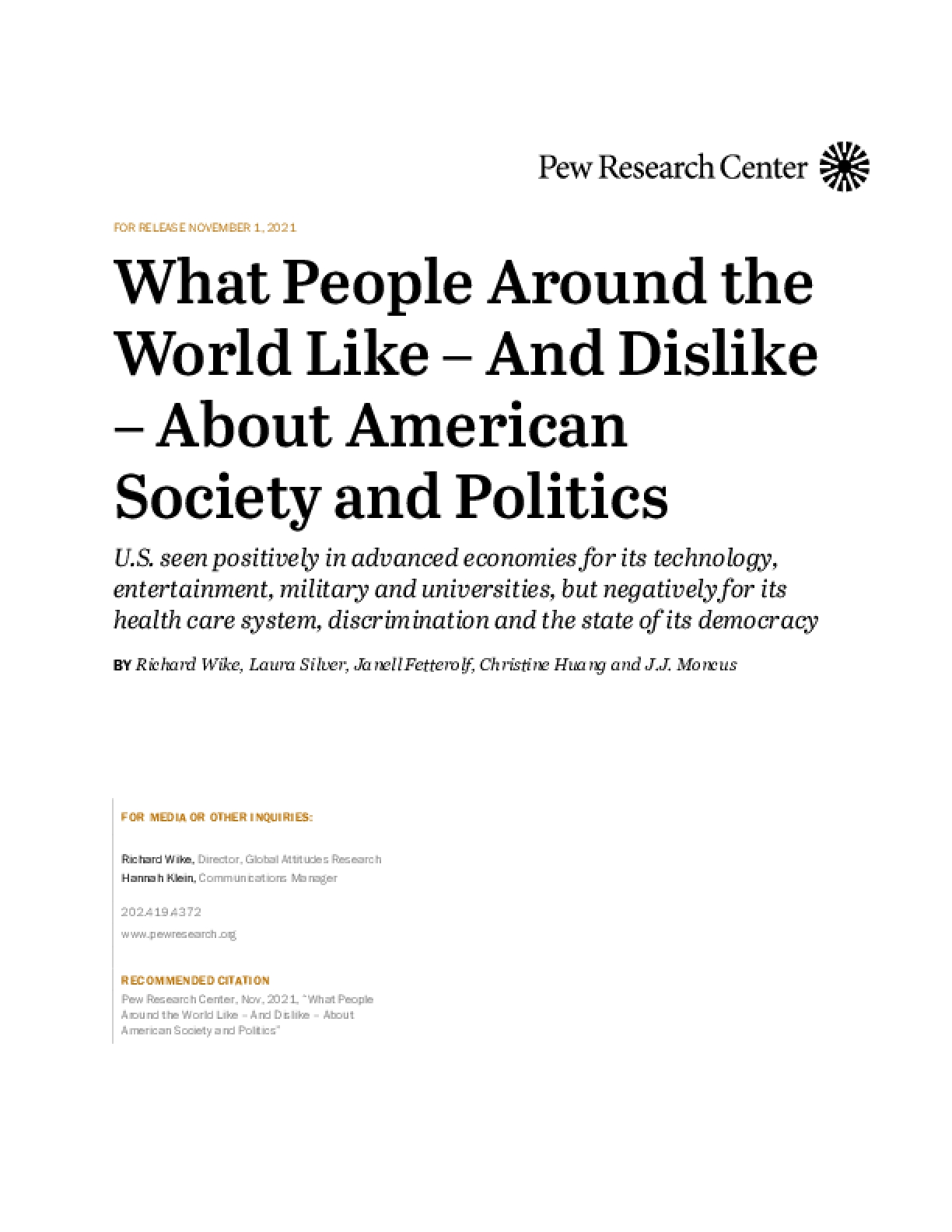