What's Behind the Increase in Inequality?

The focus of this paper is the increase in earnings inequality over the last 30-plus years. Economists have well-developed theories that explain differences in wage levels among different categories of workers. Differences in educational attainment and skills are a major source of these differences; large organizations typically employ workers with a wide range of skills and responsibilities and pay them accordingly. As a result, the level of wage inequality within organizations is quite large. This paper does not challenge these results. It argues, however, that these theories are not adequate to explain a relatively recent phenomenon: the increase in recent decades in wage inequality among workers with similar levels of education and similar demographic characteristics who are employed in similar occupations but in different firms or establishments. These differences in wages are how most people experience inequality. Yet much of the analysis by economists has focused on developments that have enabled leading firms in the U.S. to increase their ability to extract monopoly rents.

This paper reviews a wide-ranging literature that examines the increased ability of leading firms to extract monopoly rents. It also reviews the more recent and still thin literature on the increase in inequality among workers with similar characteristics but different employers. The contribution of this paper is the identification of a mechanism that reconciles these two strains of economic research and explains how the increase in rent extraction is linked to the increasingly unequal pay of U.S. workers with similar characteristics. I draw on joint work with Rosemary Batt (2014) to identify new opportunities for rent seeking behavior, and on joint work with Annette Bernhardt, Rosemary Batt and Susan Houseman (2016, 2017) on domestic outsourcing, inter-firm contracting and the growing importance of production networks to establish a mechanism that connects the increase in rents with this new type of increase in wage inequality. 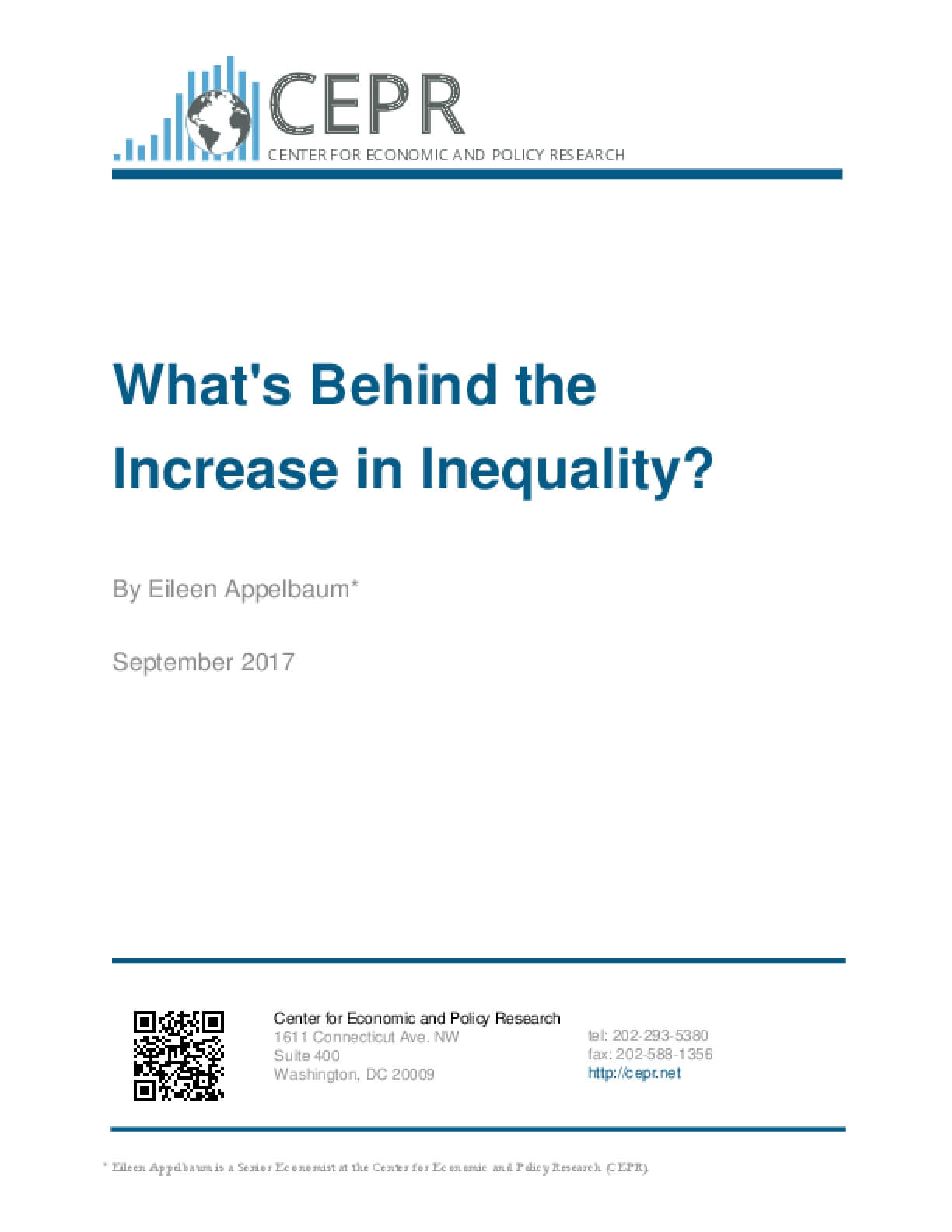