What status for "open"? An examination of the licensing policies of open educational organizations and projects

What makes an educational resource "open"? Is it enough that resources are available on the World Wide Web free of charge, or does openness require something more?" These questions have become more urgent as the open education movement has gained momentum and as potential users of open educational resources (OERs) increasingly face uncertainty about whether permission is required when they translate, reuse, adapt, or simply republish the resources they find.
With the support of The William and Flora Hewlett Foundation, ccLearn surveyed the copyright licensing policies of several hundred educational projects or organizations on the Internet to assess whether these legal conditions limit the usefulness of self-designated open resources from the user's perspective.

This report concludes with a recommendation that creators of open educational resources consider using CC licenses to provide users with readily found, standardized terms of use. It recommends further that OER creators consider adopting the most open of CC licenses, the Attribution-only License (CC BY), to nourish the creativity of educators and learners alike by allowing the adaptation, combination, and republication of OERs from multiple sources. 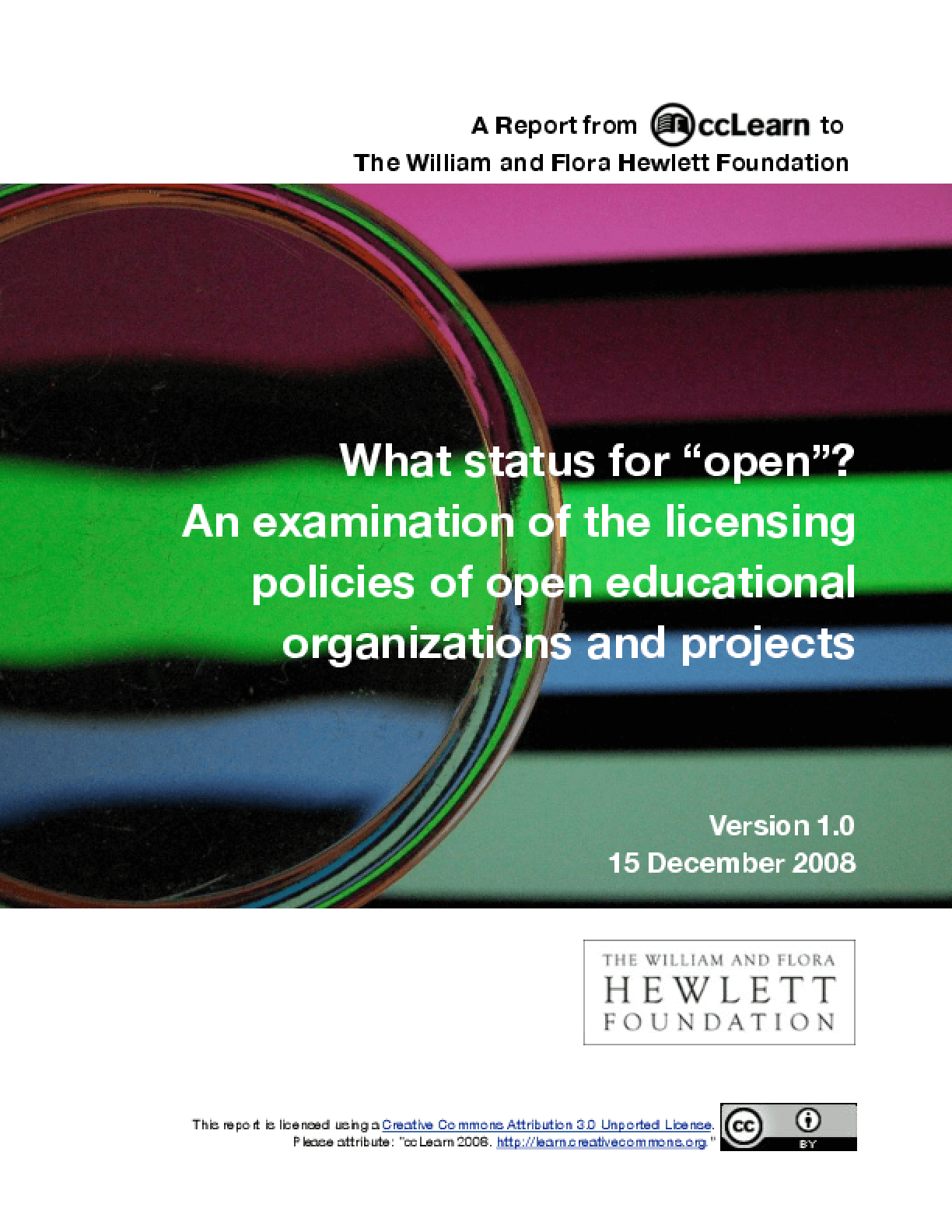