What We Know About Ranked-Choice Voting

As ranked-choice voting (RCV) gains momentum in American politics, a new body of research has emerged to examine the reform's effects on voters, candidates, campaigns, and policy. This report offers a systematic overview of the literature on RCV in the United States. Broadly, the research shows that RCV is an improvement over the more traditional single-vote plurality voting system, with clear benefits in some areas—especially campaign quality and descriptive representation—and more marginal or no apparent benefits in other areas. The research should also allay fears that RCV is too confusing or discriminatory: voters understand RCV, and learn to like it, too, particularly with experience.

However, many promised benefits of RCV appear to be more modest than many had initially hoped and/or difficult to quantify based on limited usage thus far in the United States. It is possible that these benefits will take time to become apparent as candidates and voters learn and attitudes change. It is also possible that the adoption of RCV nationwide would be more transformative than city-by-city and even state-by-state adoption. But given the broader structural forces at play in our deteriorating national politics, stronger medicine may be needed. 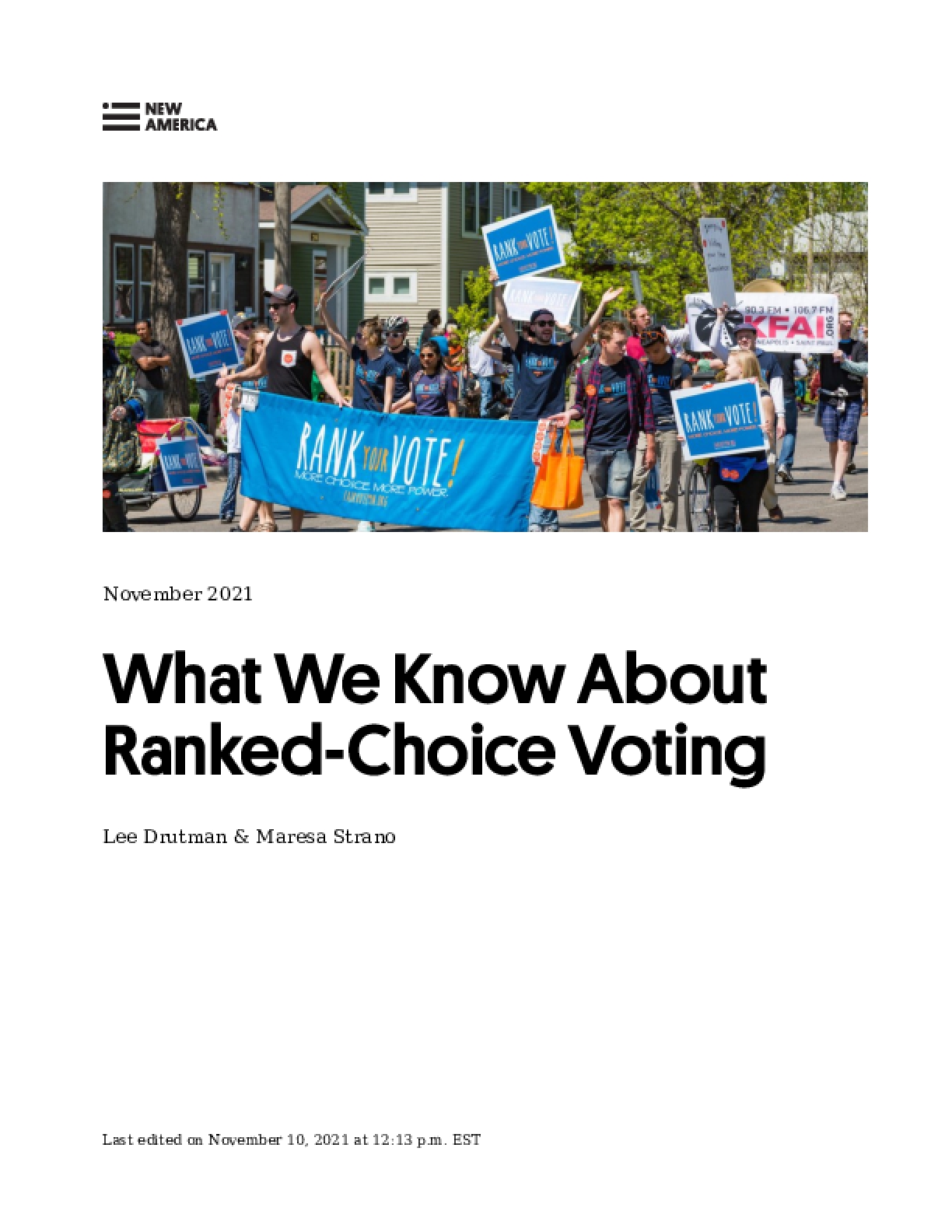