My research in the Rockefeller Archive Center is part of a larger project, tentatively titled, "Land as the Object of Development in Turkey, 1945-1980," that examines contests over land reform as a central site of statecraft, population management, and modernization, where competing visions of agricultural development, upheld by leftist intellectuals, populist politicians, and American experts, were implemented or stalled over the decades. The larger project examines how different approaches to rural development, rooted in the country's political economy, class configurations, and nationalist project, provided both the motivation for and alternatives to "adopting" rural development models urged by American advisors. 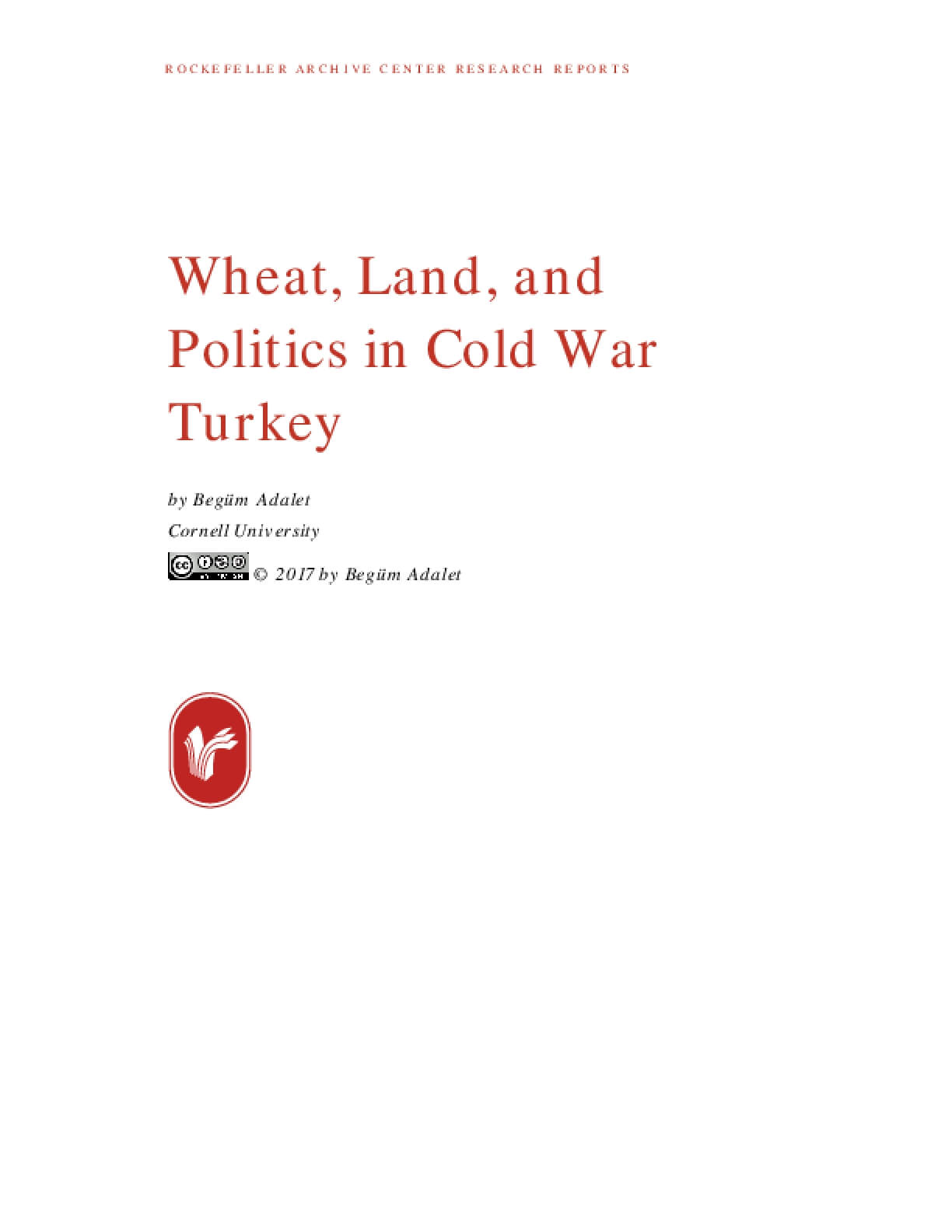