When Costs Are a Barrier to Getting Health Care: Reports from Older Adults in the United States and Other High-Income Countries: Findings from the 2021 International Health Policy Survey of Older Adults

Issue: Unlike older adults in other high-income countries, those in the United States face significant financial barriers to getting health care, despite Medicare's universal coverage. These barriers may affect use of health services as well as health outcomes.

Goal: To compare the out-of-pocket spending and care-seeking experiences of older Americans with those of older adults in 10 other high-income countries.

Key Findings: One-fifth of older Americans spent more than $2,000 out of pocket on health care in the past year. Only a small share of older adults in most of the other surveyed countries had such high out-of-pocket health costs. Similarly, a higher share of older Americans reported forgoing health care because of costs. Rates of skipping dental care because of costs were similar for older adults in nations that do not offer coverage of such services, including the U.S.

Conclusions: Older Americans pay more for health care and are more likely to not get care for cost-related reasons than people in other high-income countries. Affordability remains a concern and should continue to be a focus of research and policy. 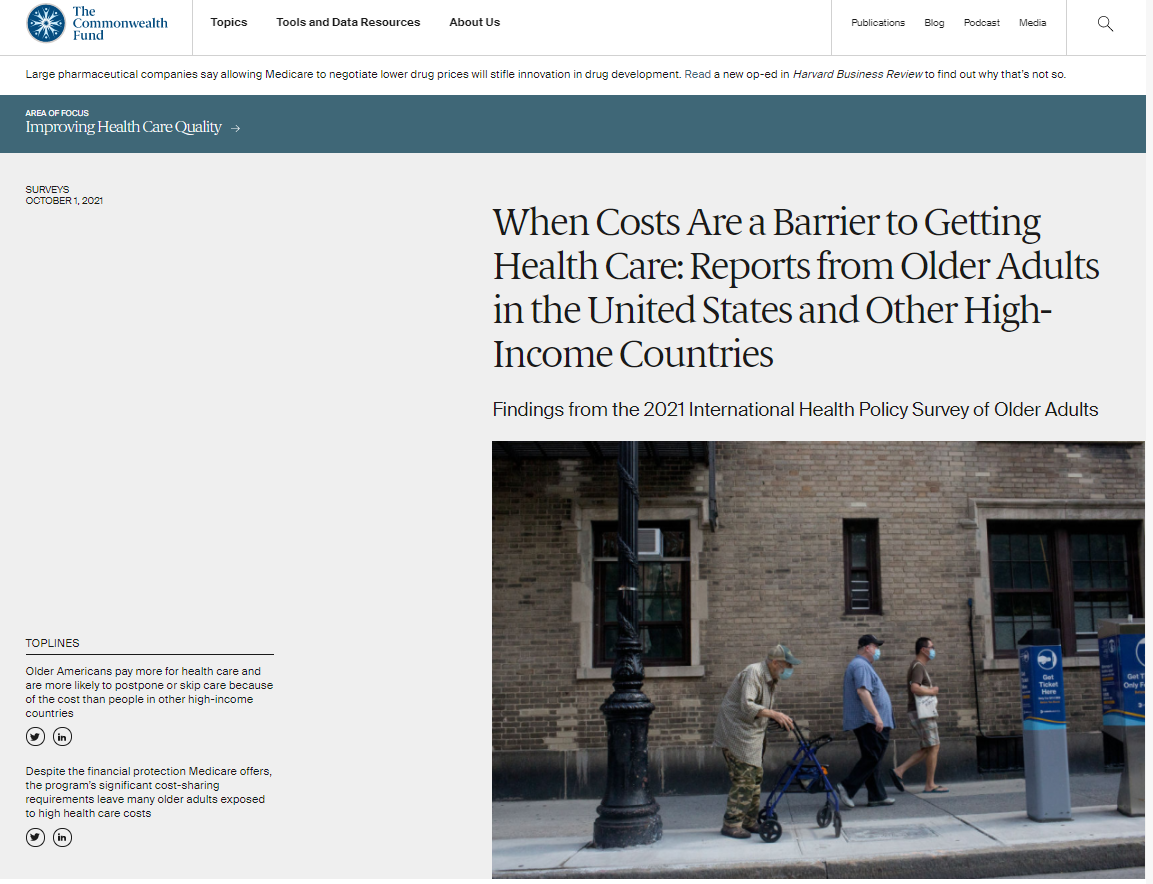