When election expectations fail: Polarized perceptions of election legitimacy increase with accumulating evidence of election outcomes and with polarized media 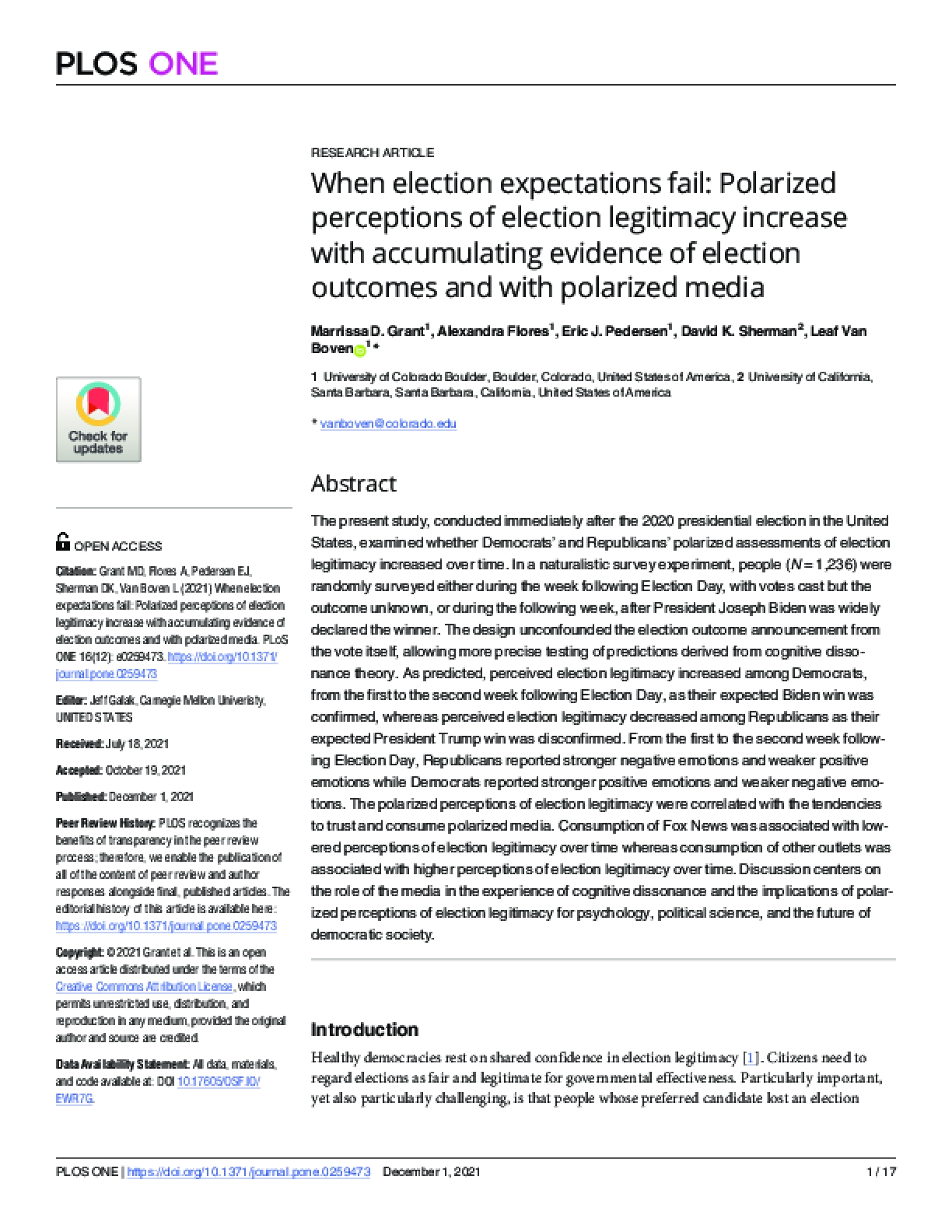