When Men Murder Women: An Analysis of 2013 Homicide Data

"When Men Murder Women" is an annual report prepared by the Violence Policy Center detailing the reality of homicides committed against females by single male offenders. The study analyzes the most recent Supplementary Homicide Report (SHR) data submitted to the Federal Bureau of Investigation (FBI). The information used for this report is for the year 2013. Once again, this is the most recent data available. This is the first analysis of the 2013 data on female homicide victims to offer breakdowns of cases in the 10 states with the highest female victim/male offender homicide rates, and the first to rank the states by these rates. This study examines only those instances involving one female homicide victim and one male offender. This is the exact scenario -- the lone male attacker and the vulnerable woman -- that is often used to promote gun ownership among women. 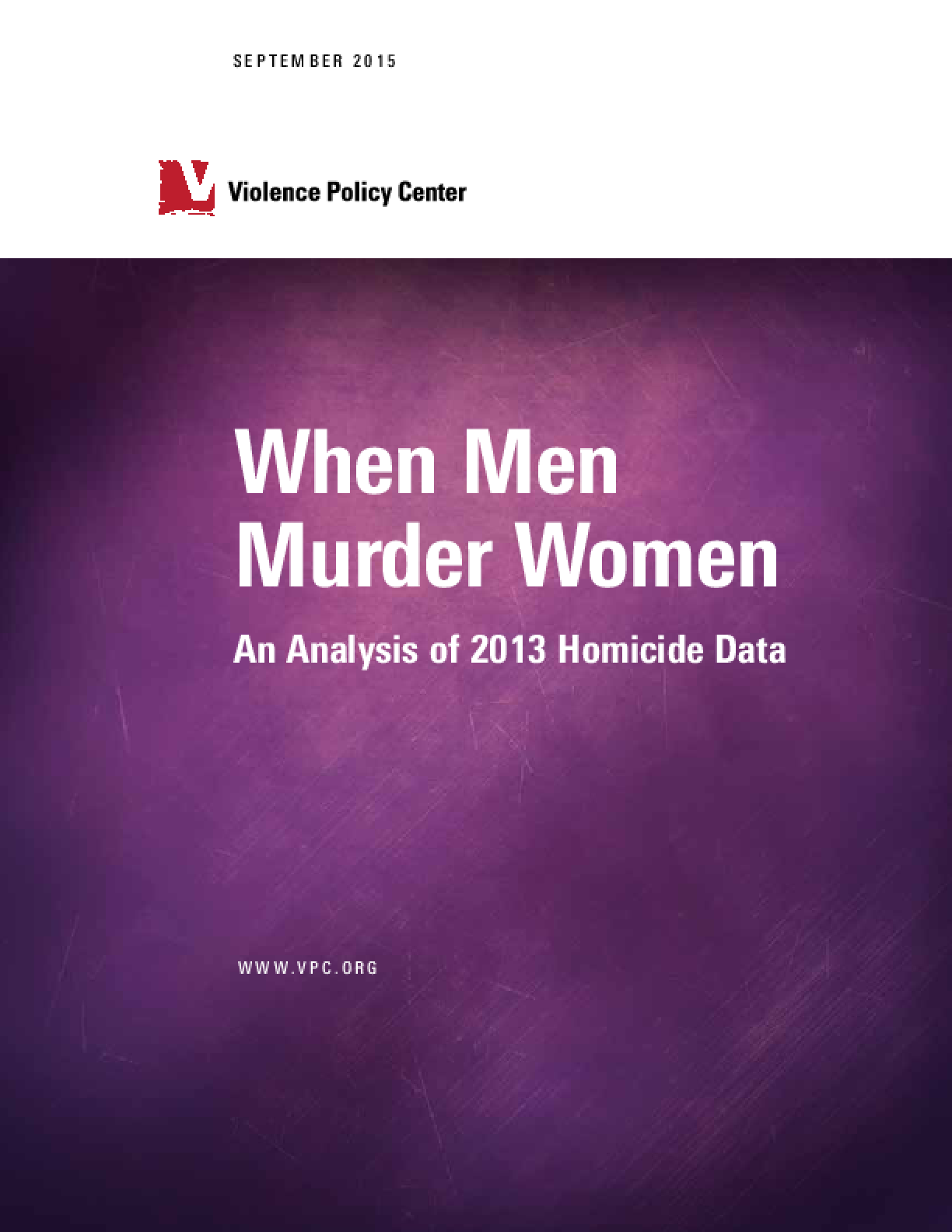